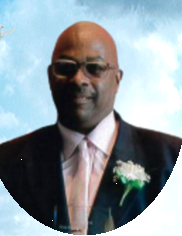 Ernest was born in Easton, MD on August 9, 1950 to the late James and Lottie Russell. He was raised in Newark, New Jersey by the late Ira and Mary Elizabeth Boulware of Newark, New Jersey. He was educated in the public schools in Newark, New Jersey. Ernest began his professional career in 1991 as a Substance Abuse Counselor. He went on to receive his certification as a Professional Counselor and Therapist for the Department of Health and Mental Hygiene. In the year of 1993. Ernest received many awards and accolades in the addition field during this time. Ernest has helped, guide and direct many people until he retired in the year 2019. He also worked at Walmart for 22 yrs until his death.

Ernest was known for his smile. He would help anyone that he could. He never complained about anything, even his sickness. You could ask him “How you doing?” and he would say “I’m okay.” He loved the Dallas Cowboys.

To order memorial trees or send flowers to the family in memory of Ernest Russell, please visit our flower store.