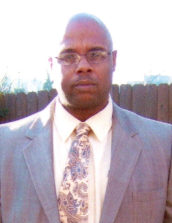 On May 30, 1964 Ernest Homles, Jr. known as "Ernie" was born to Ernest Holmes, Sr. and late Margaret Nellie Stanley in New York. He entered his eternal rest unexpectedly on November 25, 2021.

Ernest received his education in the Dorchester County school system and graduated from Cambridge South Dorchester High in 1982. After graduation, he became a self-taught engineer and electrician working for neighbors in his community. Thereafter, he moved to New York City where he worked as a Market clerk. There later, he lived in Baltimore City where he was a part-time barber. Also was employed full-time with Mutual Housing Association of Baltimore, Inc. as a maintenance technician for 2 years. He was a hard worker an faithful to his staff and residents which embraced him immediately. He too pride in his work and would often say "Who's your favorite Maintenance Man?"

His hobbies were playing pool, chess, and binge-watching movies. He also loved reading the bible and having bible study with his nieces, Sad'e & Ki'Ora.

In addition to his mother Margaret N. Stanley, he was preceded in death by three aunts, Rachel Smalls, Laverne Camper, Alice Milbourne and two uncles Herbert Pinder and Leroy Kane.

To order memorial trees or send flowers to the family in memory of Ernest Holmes, Jr., please visit our flower store.