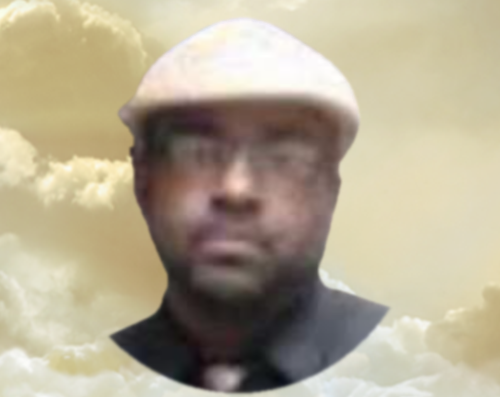 Ernest Darnell Ennals (BKA) Hurk was born on August 15, 1966 in Cambridge, MD. He was the son of Diane Lee Ennals of New Brunswick, New Jersey and James Alvin Cornish of Cambridge, MD. Ernest departed this life on Friday April, 29, 2022.

Ernest graduated from Cambridge South-Dorchester High School in the Class of 1986. He worked for many different companies, Rutgers University, Ford Motors, Rose Mountain Care Center, and many more.

To know Ernest was to love Ernest. He had a very kind heart and he lived life to the fullest. He was a man who loved his family. Ernest enjoyed basketball, old fashion western movies, cartoons,

Cowboys and Indian movies, wrestling and playing music. His favorite football team was the Dallas Cowboys.

leadership of Bishop Clarence Cornish, where he served faithfully and sang with the New

He later moved to Brunswick, New Jersey, where he met his soulmate, Sandy Sawyer Ennals and they were joined together in Holy Matrimony.

To order memorial trees or send flowers to the family in memory of Ernest Darnell Ennals, please visit our flower store.