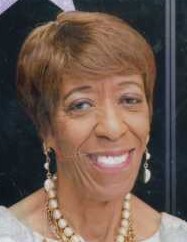 Emily Fassett-Bailey was born on June 3, 1942 to the late Littleton and Mable
Fassett in Queenstown, MD. Emily, was the third oldest of eight. She peacefully
journeyed into eternity on Sunday June 13, 2021 at the University of Maryland
Hospital Medical Center, Chestertown Hospital, Chestertown MD.


Emily, graduated from Kennard High School in Centreville, Maryland in 1960.
After graduating from high school Emily, had a brief stay in Philadelphia, Pa.
before deciding to move to Washington, DC to study nursing at George
Washington’s school of nursing where Emily received a certificate to be a nurse’s
aide. Emily held several jobs in the health care field however, Emily decided to
changed career paths and retired from MCI phone service in 2001.


During Emily’s spare time she loved and enjoyed interior decorating. If any of you
have ever been to her home, it looked as though you stepped right into HGTV
magazine. Every room was immaculate, and nothing was out of place. Her
hobbies were cleaning (she was a perfectionist), and shopping (until she
dropped).

To order memorial trees or send flowers to the family in memory of Emily Fassett-Bailey, please visit our flower store.