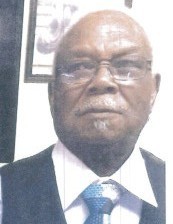 Emerson was born in Cambridge, MD to the late Mary Elizabeth Woolford and George Woolford Sr.  He was a product of the Dorchester County School System where he graduated from Frederick Douglas High School in the Class of 1948.  After graduation, he enlisted into the Army where he served two years in the Korean War.

He was a man of many talents.  Emerson retired from  government service as a USDA food inspector of over 20 years.  He was employed with other businesses in the area where he served as a security guard.

His hobbies were carpentry and baking.  Emerson could make a mean sweet potato pie and also loved to travel.

To order memorial trees or send flowers to the family in memory of Emerson Woolford Sr., please visit our flower store.