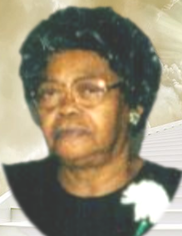 Elsie Mae Hughes was born on June 29, 1927, in Cambridge, Maryland, to Elnora LeCompte Hughes and Robert Hughes, the youngest of six children.


A Time To Love
Mae was never married but had a life-long partner, Ernest Lee Walker, until his death in 2007.

She was a woman filled with plenty of love for family and friends. Elsie Mae raised her nephew SP/4 Earl “Junior” Mack from age six days old to adulthood. Through the years, every niece and nephew became her pride and joy, and hence their children. She was the true matriarch of our family; a leader to be respected.

A Time to Live
Elsie Mae was educated in Dorchester County Schools and graduated from Frederick Douglas School.

She was employed by several factories, including Phillips Packing Company for many years. Later, Elsie worked at Trappe Frozen Foods, making a big 75 cents per hour. Elsie Mae was also a self-taught wall paperhanger and became an expert. She always had a waiting list of houses to do.

A Time to Rest
Elsie Mae departed this life peacefully on March 9, 2022, at age 94 at Autumn Lake at Chesapeake Woods in Cambridge.

She was preceded in death by her parents, Elnora and Robert Hughes; three sisters, Beatrice Mack, Virginia Lyte, and Mary Frances Jackson; one brother, Lawrence Hughes; and a nephew raised as her own, Earl Mack.

Precious memories will be cherished by all of her loving family and friends. We will always remember and love our “Elsie Mae.”

To order memorial trees or send flowers to the family in memory of Elsie Hughes, please visit our flower store.