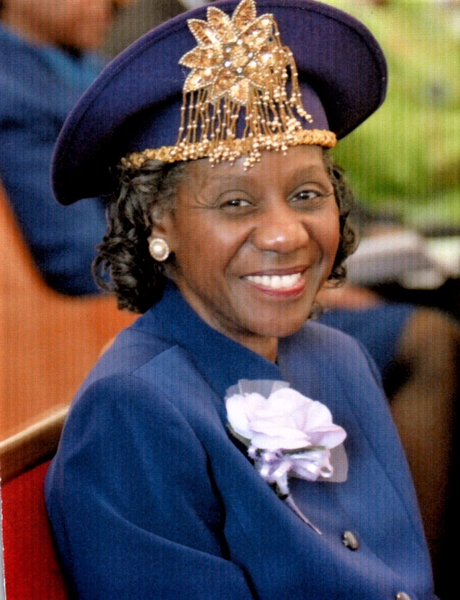 Christine, affectionately known as “Emmy” was born September 22, 1947, in       Grasonville, MD.  She is the daughter of the late Arthur Lee Jones, Sr. and Coretta Brown Jones. God in His infinite wisdom called our dearly beloved wife, mother,   grandmother, sister, godmother, family member and friend, to her new home in Glory on Saturday, November 6, 2021.  She was truly a Virtuous Woman (Proverbs 31).

She received her early education in the Queen Anne’s County Public Schools, attending South County Elementary School and graduated Salutatorian from Kennard High School in 1965.  While in high school she met the love of her life, Robert “Jimmy” Pritchett, Jr.  During this time their theme song became “My Girl” by the Temptations.  On June 25, 1966, Emmy married her high school sweetheart. They had two daughters, Kaynette and Dana, who were always with her whether at church or at the mall       shopping.

The Lord blessed Jimmy and Emmy with a grandson, Justin, for whom she had a special bond.  Whenever Justin spent the night, she enjoyed making him breakfast, as well as traveling to visit him at school for grandparents’ day programs.  During his college years, she made sure that he had “a little pocket change.”  Most importantly when Justin would go through his trials, he came to rely on her for her blessings and prayers.

Emmy had a calming spirit and spoke in a soft tender voice yet was definitive with her words.  As the eldest daughter of eight, her father affectionately called her “Big Chris.”  She enjoyed spending family time with her siblings, nieces and nephews, and special cousins.  She was known in the community by many as “Aunt Emmy.”

She was employed by the Federal Government after attending Cortez Peter’s Business School in Washington, DC.  She worked for Social Security Administration for 32 years garnering many awards until her retirement in July 1999.  She then went to work for Baltimore County Public Schools as a Librarian and then Queen Anne’s County Public Schools as a Substitute Teacher.  She was a member of Citizens Against Smoking      Tobacco (CAST).

She accepted Jesus Christ as Lord and Savior in 1966 at Robinson’s AME Church, Grasonville, MD and never turned back.  She was a faithful servant and a mighty prayer warrior.  She served in ministry alongside her husband as he pastored at Wright’s AME Church, Elkton, MD; St. James AME Church, Havre De Grace, MD; and Adam’s Chapel AME Church, Baltimore, MD.  Over the past 35 years, she served at Faith Unity Fellowship Interdenominational Ministries Worldwide, Inc., Chestertown, MD.  In 1990, at Faith Unity Fellowship Ministries, she accepted her call to preach under the          leadership of her Pastor and husband Bishop Robert M. Pritchett, Jr.  Later, she was ordained an Elder and served as Co-Pastor.  She led the Women’s Ministry, Prayer  Ministry, Flag Ministry, Discipleship Ministry, and served as chairperson of the        Examiners Board.  Additionally, she served as the Administrator of the Little Lights of Faith Day Care. In 1995, she received a certificate of biblical studies from LOGOS   Educators Network, Jacksonville, FL, and recently, she was attending Koinonia        Theological Biblical Institute.

She will be missed by lives she touched!

To order memorial trees or send flowers to the family in memory of Elder Christine Pritchett, please visit our flower store.