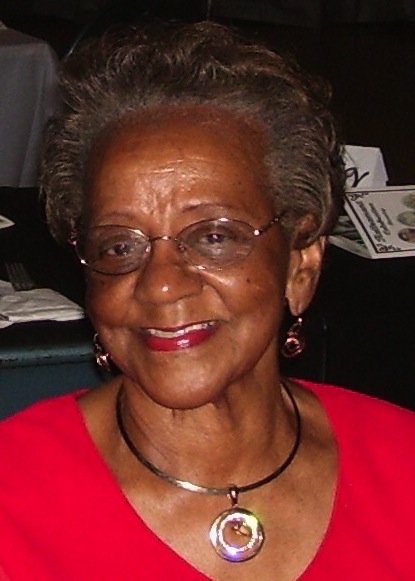 Elaine was born September 18, 1932 in Cambridge, Maryland and was the eldest daughter of the late John West Sampson, Sr. and Tressie Irene Slacum Sampson.  Elaine was a graduate of F.D. St. Clair High School Class of 1951.  She worked at J M Clayton's Seafood before leaving to work at Rob Roy, a local manufacturer of children's clothing, where she worked for more than two decades.  Following her employment at Rob Roy, she worked briefly at Airpax Electronics, and later for the Housing Authority of Cambridge in payroll until her retirement.

Dedicated to justice and equality, Elaine was very active in the Civil Rights Movement working to improve economic opportunities for minorities in Cambridge, Maryland.   She was a member of the Executive Board of the Cambridge Non-Violent Action Committee and became the first African American person appointed to the Cambridge Human Relations Committee and continued to remain active in the community for many years.  On August 28, 1963, Elaine along with more than 200,000 Americans gathered in Washington, D.C., to attend The March on Washington for Jobs and Freedom.  The March on Washington, was one of the largest political rallies for human rights in United States history and demanded civil and economic rights for African Americans.

Continuing her fight for equality, Elaine worked along side Gloria Richardson Dandridge, The Rev. Lemuel Chester, Emerson Stafford, and many other local Civil Rights Leaders who were instrumental in bringing affordable housing for low income residents to the City of Cambridge in 1969.  She was appointed by the Mayor of Cambridge to the Executive Board of Directors for Calvin Mowbray Park.  Later on she was elected as President of the Resident’s Council of Calvin Mowbray and Stephen Camper Park Housing Developments and continued to serve for many years.   Elaine worked with Sylvia Jones and the Residents Council to launch the Summer Youth Program for children ages 7 to 12 years to empower the youth with continuing their education over the summer to prepare them for the upcoming school year.  Upon completing the program each summer, a graduation ceremony was held for the children.

On March 23, 1981, Elaine was united in marriage to Emerson Lincoln Stafford to whom she was married for 18 years until his death in 1999.

On January 16, 2006, Elaine was recognized by the Dorchester NAACP for lifetime community achievement at the 18th annual Martin Luther King Prayer Breakfast in Cambridge, Maryland.  Elaine enjoyed spending time with her family, neighbors, and friends and was always available to lend a helping hand when needed.

To order memorial trees or send flowers to the family in memory of Elaine Stafford, please visit our flower store.