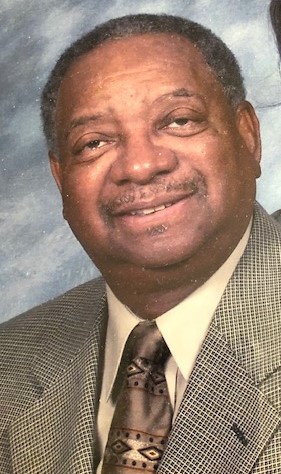 On Sunday, June 9, 2019, Edward Long Sampson departed this life at his home in Preston, Md.  where he quietly and peacefully succumbed   to the will of God and entered into everlasting life.  Edward ,also known as “Eddie” to many, was born May 31, 1938 in Centreville, Md. to the late Marion and Rosetta Sampson.

Eddie’s life in Queen Anne County was full of many wonderful memories he made with his family and friends. He was educated in the Talbot County School System.  Upon his graduation from High School, Eddie entered the work force.

As an older brother he instilled many positive traits in his younger siblings. These traits enabled them to become productive and successful citizens.  As a young man ready to work and make an honest wage for himself, he was employed by a family in Oxford, Md. His older brother, George helped him to get his first job. He was then employed at the Tidewater Inn, in Easton, Md. He found gratification working there, as he would need to dress to impress, which we all know was a trademark of his. He was known for his impeccable appearance, and his kind personality.  All of this would catch the eye of Lucretia Russell. After four years of courtship, he would be married to his beloved, Lucretia. Their love for one another could be seen when they were together.

Later, Lucretia would be employed at Easton Hospital as a registered nurse. She was joined by Eddie, as an employee also for seven years.

Eddie had a desire to join his brother, George, in New York. He was employed with the New York Guild. Lucretia found employment at the Mount Vernon Memorial Hospital.  While in New York, Eddie and Lucretia would reside with his brother, Calvin, his sister-in-law Regina, and their son Calvin, Jr. Their bond would become deep rooted with love and affection.

While in New York, they became members of Grace Baptist Church, in Mount Vernon. They resided in New York for more than forty years. During this time they always remained faithful servants to God.

Upon retirement they would return to Preston, Md. Eddie and Lucretia became members of Mount Calvary United Methodist Church, in Preston, Md.

They found joy and pleasure in reconnecting with family and friends. They especially enjoyed traveling to the Western Shore to spend time with his brother, Donald, his wife, Anna and their family. He also spent time with other family members.

To order memorial trees or send flowers to the family in memory of Edward Sampson, please visit our flower store.