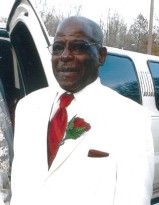 Edward Major, Jr. of Cambridge was called home on Friday October 23, 2020 after a long illness. Edward (Eddie)(Pop) was born October 11, 1938 in Rock hall, Virginia. He was the son of the late Edward Major, Sr. and the late Gertrude (Holden-Major) Williams. Edward went to Fredrick Douglas School in Seaford, Delaware.

He enjoyed hunting, fishing, church and gospel music. Eddie drove truck for Adho, he was a waterman, he worked at Chun King and he was a supervisor at Kool Ice for 46 years.

To order memorial trees or send flowers to the family in memory of Edward Major, Jr., please visit our flower store.