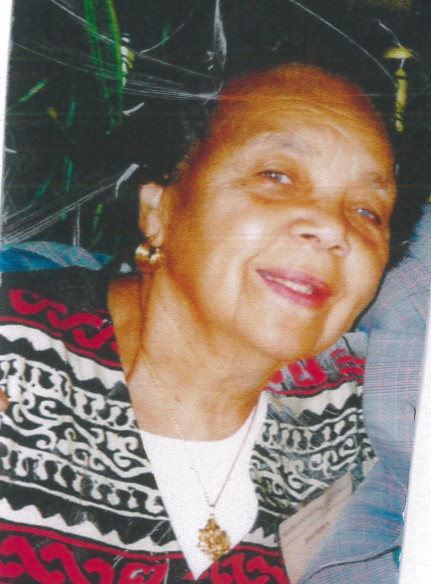 Born January 15, 1919 she was the daughter of the late Isaac Leonard  Keene Sr. and  Evie Waters Keene.  She was the eldest of her five sisters and one brother.

Mrs. Watkins was educated in Dorchester County.  She graduated from F.D. St. Clair High School, Class of 1937.  She attended beauty school in Baltimore, MD and was a beautician for several years.  She spent many years at the family business, “Camper Sisters” Bakery until it closed in the 1960’s.  She was also a cafeteria manager in   Dorchester County Public Schools.

She was a member of Waugh Chapel United Methodist Church  where she was a   communion steward, served in the “Hot Meals” program and a member of the         Progressive Guild, an organization that raised funds for Waugh Church.  As a          volunteer for the Dorchester General Hospital Auxiliary she enjoyed the opportunity to meet and interact with the clients at the hospital.  She was also a member of the Flying Needles Club.

She was married to the late Edward E. Watkins Sr., former long-time commissioner in the City of Cambridge.  They enjoyed hosting and attending family gatherings,  activities with the commissioners and traveling, throughout the United States, especially New York City.

She was passionate and proud of her family, providing a place for them to gather for holidays, birthday parties and other occasions. Whenever anyone would visit, they would usually find “Miss Edna” in the kitchen.  The aroma of pies, cupcakes, rolls and other goodies would reach you as you entered the house.  Many times there were extra guests at the dinner table to enjoy the food and fellowship.  The grandchildren have fond memories of being at the house for extended visits with “Pop-Pop and            Mom-Mom.”

Other than her parents and husband, she was preceded in death by her siblings, Isaac Leonard Keene Jr.,  Laura Johnson, Evelyn Scott, Frederica Ruth Kiah and Ramona Jones.

To order memorial trees or send flowers to the family in memory of Edna Watkins, please visit our flower store.