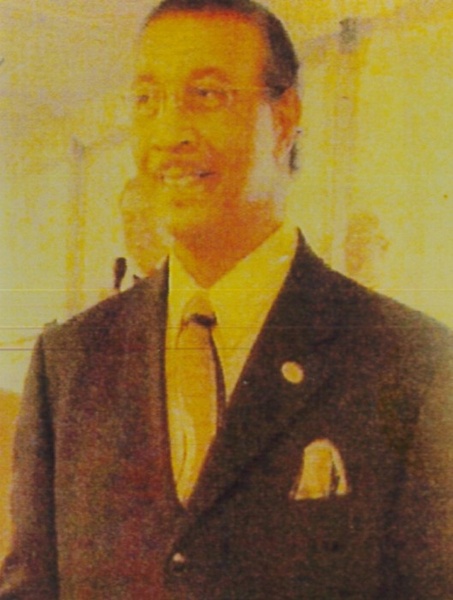 On November 2, of 1939 Calvin and Mary Ellen Wilmer produced a son, who they named Earl Thomas Wilmer.

Earl grew into a strong, handsome young man… (Taking after his Mother’s side) LOL.  He attended and graduated from Kennard High School, where he may not have been the best student but he excelled on the basketball court, baseball diamond and bowling alley.  I tell you this man had the most unique bowling style with his pump action release.

Earl had a short stint in the United States Marine Corp in 1958, at which time received an honorable discharge.

In January, 1959 Earl was united in marriage to Jean Agnes Griffin.  This union was later blessed with five children.  He was a loving father who made many sacrifices for the well-being of his family. He was also a loyal member of Bethel A.M.E. Church and was a member of the Combined Centreville-Grasonville Male Chorus.

Earl had a 50 year career with the Board of Education of Queen Anne’s County, starting in 1958.  In 1968-69 after the passing of his father, Earl took over his Dads bus contract for the school system and later started his own charter bus service.  Earl oversaw and managed a well-known and much revered bus service for over 40 years.  He was also honored as being Bus Driver of the Year in 2011. Over the years Earl was very thankful and very appreciative to Bruce Boardley for being his substitute bus driver. He could not thank Bruce enough for all the times he called on him to continue his bus runs.

He was also a long time member of the Buffalo Soldiers Calvary Scouts MC Eastern Shore.

To order memorial trees or send flowers to the family in memory of Earl Wilmer, please visit our flower store.