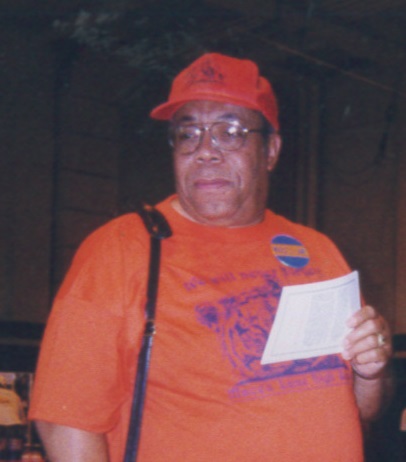 Dwight Marlow Cromwell, 70 of Cambridge died at his residence Sunday, May 13, 2018. He was the beloved son of the late James Banks and Nadine Virginia Cromwell. Dwight was born April 8, 1948 in Cambridge.

Dwight was educated in the public-school system of Dorchester County. He graduated with the class of 1966 from Maces Lane High School. Dwight was employed as a cook for various restaurants including: English’s Family Restaurant, Corner Market, and Snows Turn. These were but a few restaurants he cooked for. Dwight enjoyed cooking. He will be missed cooking breakfast and making coffee for the guys at the Elks. Dwight also worked for a local radio station. He was a member of Elks Dorchester Lodge #223, Cambridge, a member of the Housing Authority, Dorchester County Liquor and Licensing Board, and the Dorchester Planning and Zoning Committee.

Dwight is survived by his only sister, Doris Rideout (Jerome Stubbs) of Cambridge; a niece Tamba Rideout of Cambridge; 2 great nieces: MonTayzia Johnson and Amina Johnson both of Cambridge; a special cousin Doris Wright; 5 special friends: Lawrence Sampson, Bonnie Sampson, Jarvis Ross, Michelle Lewis, and Arvell; and a host of other relatives and friends.

In addition to his parents, he was preceded in death by his paternal grandmother Brownie Cromwell; 2 aunts Matty Spry and Lee Cromwell; and an uncle Quinten Cromwell.

To order memorial trees or send flowers to the family in memory of Dwight Cromwell, please visit our flower store.