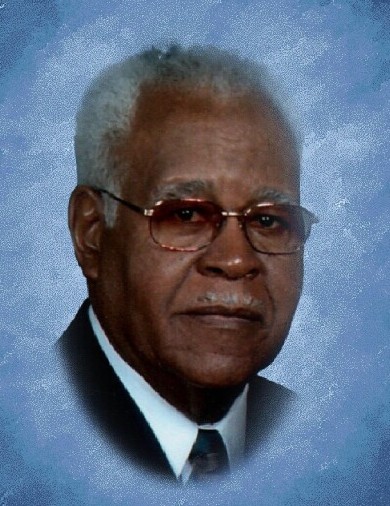 Dr. Buck graduated from the former Manual Training Industrial School in Bordentown, New Jersey where he completed a College Preparatory Program of Studies. As a member of the Cadet Corps, he was the “Battalion Commander” having the highest Officer’s rank of “Cadet Major.”

He completed studies in Business Administration from the William Penn Business Institute in Philadelphia, Pennsylvania and obtained his Bachelor and Master degrees from Glassboro State College presently known as Rowan University. Dr. Buck earned his Doctorate degree from Virginia University.

Professionally, he began his career as a pharmaceutical salesman, and was then promoted to become an Office Manager for a pharmaceutical company. Within the field of Education, he was a “Junior High School Teacher” and a “Director of Guidance” within the Deptford Township Public School System in Deptford, New Jersey.  Dr. Buck retired from Glassboro State College, his Alma Mater, as an “Associate Director of Academic Advisement & Evaluation.”

His professional and civic accomplishments are numerous. He served on several “Search Committees” for hiring Administrators and Faculty for Glassboro State College. He was a member of the College Committee responsible for awarding Honor Degrees.  He chaired the “Committee for College Scholarship Awards”.  As an alumnus, he served on the “College Alumni Board of Directors” in the capacity of Treasurer, and he chaired the “Committee for Distinguished Alumni Awards”.  Dr. Buck was a delegate from New Jersey to the White House Conference in Washington, D.C. for Library Services and was a “Loan Executive” for the Gloucester County United Way.

Ebony Magazine selected him as one of the “Most Influential Black Men in America” for 1997 and 1998.  The Commissioners of Lowdnes County and the City of Valdosta, Georgia proclaimed Saturday, March 2, 1993 as “Dr. Ivory M. Buck, Jr. Day”.

Mayors from various cities presented him with keys to their cities and certificates of recognition were given by United States Senators, the Governors of Alabama, New Jersey, South Carolina and the Georgia Secretary of State.  Dr. Buck received honorary titles as the “Police Chief” of East Orange, New Jersey, “Deputy Sheriff” for Portsmouth, Virginia and “Police Captain” for Capitol Heights, Maryland. He was a “Life Member” of Kappa Alpha Psi Fraternity and a member of the Elks.

In 1957, he became a member of Oriental Lodge #1 in Camden, New Jersey, where he eventually became “Worshipful Master” in 1962.  He was coronated a “Thirty-Third Degree Mason” in 1973.  Later, he elevated to “Sovereign Grand Inspector General” in 1978 within the United Supreme Council, Northern Jurisdiction where he served in an elective office as “Secretary General” and “Grand Recording Secretary”.  He was a member of the Board of Directors for two Senior Housing Complexes and the Benevolent Foundation.

Within the Council of Deliberation for New Jersey, he has over the years faithfully served on various committees for it’s enhancement and was the former “Chairman of the Scholarship Committee” established in 1951.

Dr. Buck was the “Past Master” of Oriental Lodge #1, “Past High Priest”, Jeptha Chapter #14, Royal Arch Masons, “Past Most Excellent General Conference Grand High Priest”, “Past Commander Mt. Aarat Commandery, “Past Most Eminent Grand Master” Knights Templars, “Past Illustrious Potentate” of Zamora Temple #73, a “Royal” and “Select Master” and member of Integrity Chapter #31, Order of the Eastern Star.

From 1977-1979, he served the Most Worshipful Prince Hall Grand Lodge State of New Jersey as “Most Worshipful Grand Master”.  He was the “Imperial Potentate” for Prince Hall Shriners International from 1996-1998.  He gave over 63 years of dedicated service to Prince Hall Freemasonry

Dr. Buck was honorably discharged from the United States Air Force after attaining the rank of “Staff Sergeant” having served as a “Drill Instructor” at Lackland Air Force Training Center in San Antonio, Texas and as a “Supervisor in Communications” within the Far East Military Command in Tokyo, Japan including the Marianas Islands.

Dr. Buck moved to the Eastern Shore of Maryland where he and his wife Ernestine, became residents of Easton, Maryland.  The “Buck’s” joined Union Baptist Church where he was a member of the “Men’s Ministry”.

Dr. Buck shared a loving union of 60 years with Ernestine Holmes-Buck who was an educator and an active member in the various female auxiliaries within the Prince Hall Freemasonry.

Dr. Buck was preceded in death by his wife, Ernestine; four siblings, Rosie, Thomas, James and Clarence; and a daughter-in-love Janelle Henry-Buck.

In lieu of flowers, donations may be made to the Eastern Shore Kappa Foundation, Inc.

To order memorial trees or send flowers to the family in memory of Dr. Ivory Buck, Jr., please visit our flower store.