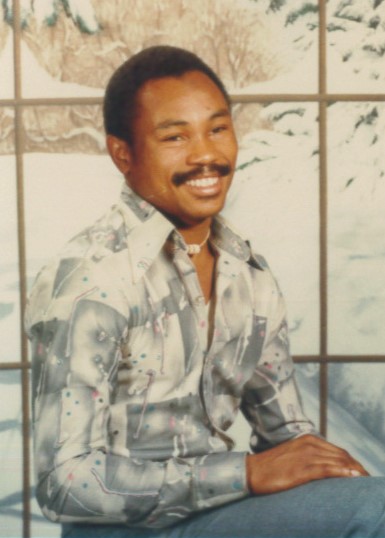 Douglas Hargas “Hollywood” Johnson, 63 of Cambridge, went to his final resting place on Tuesday, December 12, 2017 at the University of Maryland Shore Medical Center at Easton.

Dougie, as he was known by many, was born February 9, 1954 to the late Gothlee Johnson Sr. and Mabel Keene Johnson.  He attended the public schools of Dorchester County and graduated from Cambridge High School, Class of 1972.

He was employed with Sears, DDUST, the Dorchester County Board of Education, AC Schultes of Millersville, Maryland and lastly Valley Protein until his health began to fail.

Dougie was a sports fanatic and a diehard "Pittsburgh Steelers" fan.  During his freshman year in high school he was on the Varsity Basketball team where he was coined the nickname “Hollywood.”  He also had a love for other sports such as softball and horseshoes, all of which he played with his left hand.  He kept immaculate vehicles and you could find him cleaning them in the rain, snow or blow.

On January 2, 1982, he married the former Ava V. Henry and during this union a daughter was born who they named Shayla.

Dougie leaves to cherish fond memories his daughter, Shayla Johnson; a grandson, Jakari Johnson both of Cambridge; one niece whom he raised as his daughter, Keisha Henry of Alabama; four brothers: Gothlee (Phyllis),  Bobby (Emma), Medford and Melvin (Rosemary) all of Cambridge; one sister Patricia Johnson Sharp of Cambridge; one aunt Serena Gregg of Cambridge; a special niece who was his caregiver and traveling companion  Tanis Johnson and her children, Da’Breon Johnson and Try’Naty Johnson (his great nephew and niece); three adopted daughters: Elbony White, Ramia Jenkins and Brooke Davis along with a host of nieces, nephews, cousins, other relatives, and friends.

Although Dougie may have been small in stature he was big in character.  He may not have had a smile on his face but his heart said something different and maybe a few choice words too.

To order memorial trees or send flowers to the family in memory of Douglas Johnson, please visit our flower store.