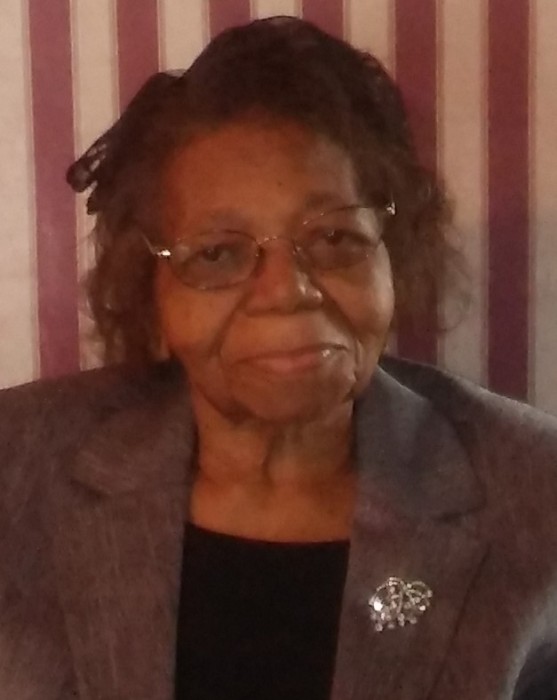 Missionary Dorothy Hannah (Brown) Wilson was born November 7, 1935, daughter of the late Mary Reddin Brown and the late Benjamin Brown Sr., went to be with the Lord on Wednesday, January 9, 2019 at University of Maryland Shore Medical Center at Easton in Easton, Maryland.

She was educated at Henry Highland Garnett School in Chestertown, Maryland, Missionary Dorothy was employed at several restaurants in Chestertown before moving to Easton and working in her in laws restaurant called “The Esquire” in 1965.  Cooking has always been her passion; later on, she followed her father in-law to the Robert Morris Inn and worked her way up to being the head Chef and was employed there for 37 years before retiring in 2007.

Missionary Dorothy joined Gospel Tabernacle  Apostolic Faith Church #5 under the leadership of Pastor Georgene Thompson.  As a long time member of the church, members stared calling her Mother Wilson.  She loved her church family as her own.

She was preceded in death by her husband, Herold E. Wilson, a brother, Benjamin Brown Jr. and a sister, Hazel Saunders.

She also had a second family whom she loved Ken and Wendy Gibson and their two sons, Kent and Ben and his wife, Sandy.

To order memorial trees or send flowers to the family in memory of Dorothy Wilson, please visit our flower store.