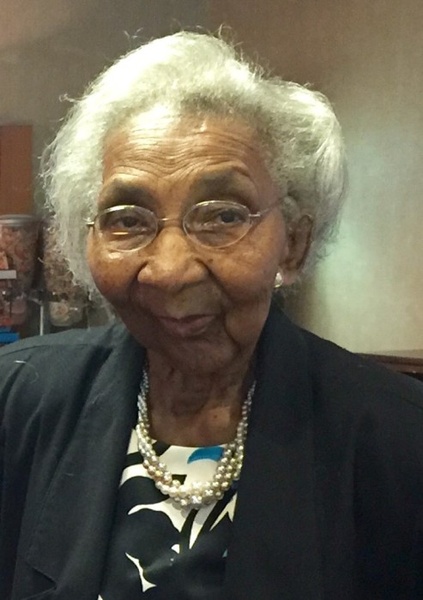 Dorothy Mae Foster Townsend a woman of wisdom, compassion, and integrity was born in Preston, Maryland to Charles Francis Foster, a farmer, and Lillie Mae Friend Foster, a homemaker.  She was educated in the segregated public-school system of Caroline County, where she attended Marsh Creek Elementary School and later graduated from Lockerman High School. She was the last surviving member of the class of 1938.  One of nine children growing up on a rural farm, Dorothy was no stranger to hard work.

After graduation, Dorothy moved to Pennsylvania where she met and married Mnason W. Townsend.  This union lasted for 58 years until his passing on November 9, 2000.  This union was blessed with nine children.  While Mnason served in the military during World War II, Dorothy returned to Maryland where she served as a source of support for her parents and younger family members.

Dorothy was very active in her religious life and that of her family.  In the early years, she attended Mt. Pleasant Methodist Church, which later merged into Mt. Calvary Methodist Church in Preston.  She later transferred her membership to Asbury United Methodist Church in Easton, where she continued to attend and served until the time of her death.  She has been unwavering in her belief in God and the power of prayer.

A woman of substance, a woman of wisdom, and a woman of inspiration, Dorothy was most notably a woman of faith, a prayer warrior, and a child of God.  Her spirit is summed up in the following words: “If I can help somebody as I pass along, then my living shall not be in vain.”

After 97 years of running for Jesus, Dorothy left this earth for her Heavenly Home in Glory on Friday, April 20, 2018.

To order memorial trees or send flowers to the family in memory of Dorothy Townsend, please visit our flower store.