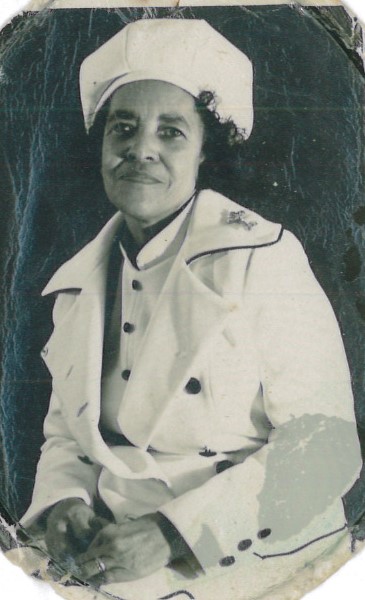 Dorothy Miles was born on May 18, 1928 to Charles and Annie Wright. Dorothy received her education in Queen Anne’s County Public Schools. She was the first   African American waitress at the Blue Lantern Inn in Centreville, Maryland. She was a wonderful singer and dancer and won a Jitterbug Championship in her younger years. She met and married the love of her life, Houseo Miles and born of this union were nine children, one girl and eight boys.

Dorothy was an amazing cook and used that talent to support her family. She worked for many years cooking at Holly’s Restaurant and in private residences.    Dorothy Miles lived a life devoted to Christ becoming a licensed missionary, Minister, and Evangelist. For many years she was a member of Faith Tabernacle Holiness Church under the leadership of Elder Mini Hackett and Pastor Anna Taylor. Later in life, she found her church home at Chester Church of God under the ministry of Pastor Mark Ganzathorn. She frequently visited Faith Unity Fellowship Ministries under the leadership of Bishop Robert M. Pritchett Jr. and Co-Pastor Christine Pritchett. Through her years of activity and involvement in the church she extended her family. Her gentle spirit and loving heart gained her the love and respect of the community. Everyone that she encountered quickly became a part of the family. It was through her faith and life of prayer that she was able to lead her family as a true Matriarch.

Dorothy departed this life to be with the Lord on June 21, 2018. She is survived by her daughter Portia Hammond, and 4 sons: Houseo Miles, Rodney Miles , Hamilton Miles and Wayne Miles, loving daughters in-law, along with one Sister-in-law Sadie Wittico. God blessed Dorothy to see five lovely    generations of her family. From those five generations she leaves behind over 100 grandchildren, great grandchildren, and great great grandchildren. Along with a nephew and a host of cousins, one cousin, Ralph “Wimpy” Deaton, whom she was very fond of. There are many, many more that have come to know her as Mom or Mom Mom.

Dorothy was preceded in death by her parents, Charles and Annie Wright, her  husband, Houseo; sons Jerry, Robert, James and Charles Miles; her aunts, Bessie Deaton, Elizabeth Moaney, and Ester Carroll, her brother, James Wittico, son-in-law Edward Hammond, grandson-in-law, Isaac Bell, and great grandson, Tony Tingle. All who knew Dorothy and encountered her over her ninety years were blessed to have met her and been a part of her life. Her spirit and legacy will live on through her prayers for her family.

To order memorial trees or send flowers to the family in memory of Dorothy Miles, please visit our flower store.