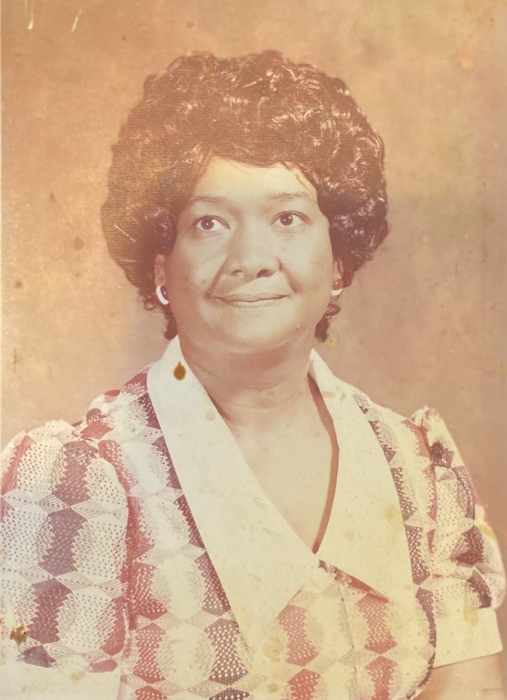 Doris Jean Anderson (Smullen) was born on April 19, 1930 to Mamie and James Bradly Anderson in Johnstown, North Carolina at a very young age. She migrated to Wilmington, Delaware to live with her father and sister and three brothers being one of five children. Preceding her in death was her husband   Emerson Leroy Smullen, Sr, mother and father Mamie and James Bradley Anderson, one sister, Evelyn Johnson, three brothers, Robert Andern, Douglas Anderson and Edward Anderson of Wilmington, Delaware, granddaughter Robin K. Askins, Heather Dorsey of Cambridge, MD, four children; Silvia A. Bell and Gertrude of Philadelphia, PA., sisters Ella Mae Woolford (Bill), Garnett E. Smullen of Cambridge, MD then moved to Wilmington, DE to be with her one sister, her three brothers and at a young age attended public school, then years later she met the love of her life Emerson Leroy Smullen, Sr. They were bewed in 1950 and had ten children, seven girls and three boys; Sylvia A. Bell, Gertrude E. Williams of Philadelphia, PA, Ella Mae Woolford (Bill) of Cambridge, MD, Garnett E. Smullen of Cambridge, MD, Victoria L. Smullen of Salisbury, MD, Dr. Gloria Lamb and Doris Smullen (Pinder) of Vallejo, CA, Elks Grove, CA, Emerson L. Smullen (Gloria), Ernest E. Smullen (Carol) Rochester, NY Avery E. Smullen (Jalie-Co, Camden, South Caroline. A host of grandchildren, great grandchildren, nieces, nephews, and in-laws. Doris was a good wife and a very dedicated mother. She always made sure that we had plenty of food to eat as well as nice clothes to wear She could really find a good sale or bargain. She could manage money very well so that we wee all taken good care of. She was very protective of her children and would not let anyone take advantage of them. Doris Was also a good teacher. Many nights she helped us write our homework and was good at it. Doris was also a very good cook. I never forgot how she could make a mean pie chocolate, lemon meringue and coconut cake. They would make your mouth water just for a taste of them. Doris knew how to find a side job to make extra money cleaning   houses, iron clothing and even plucked ducks (if needed);  after the children grew  older moma     became independent and started working at Rob Roy Servicing factory. She lost her husband in 1974, at that time they had their granddaughter staying with them, granddaughter, DeRue and began to have a strong bond. They both though the world of each other. Doris had a deep love for the Lord and was very God fearing. She went to Bethel AME Church, then  later became a member of New Revelation Church She would make sure we went to Sunday School on Sundays as well as Vacation Bible School. She wanted to be sure we learned the knowledge of God. Mother Doris you will truly be missed by us all. To be absent from the body is to be in God’s presence. We love you always and forever. You shall forever be in our hearts. Sadly missed.

To order memorial trees or send flowers to the family in memory of Doris Smullen, please visit our flower store.