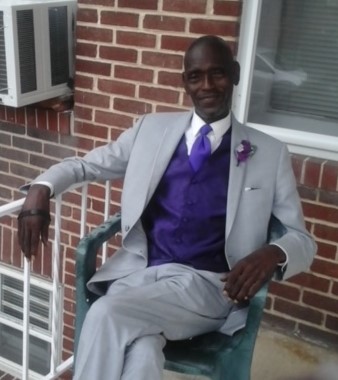 Donnie H. Molock Sr. 70, of Cambridge, Maryland died suddenly on Saturday November 7th at University of Maryland Shore Medical Center at Dorchester, Maryland. He was the oldest of four children.

Donnie was born on August 26th , 1950 to the late Earl D. Taylor Sr and Dorrine Taylor. He was preceded in his death by his Parents, Daughter Tiffany Molock, Son Lamont Molock, and Brother Earl D. Taylor Jr.

Donnie was educated in the Baltimore City Public School System. He graduated from Frederick Douglass High School where he was a member of the high school choir. Donnie had a great love of both music and animals. Often times when talking to him on the telephone you would have to say “Donnie, I can’t hear you.” His response would be, “Okay let me turn this music down.” His love for animals was seen in how he took care of his beloved “Pepper” even going to the animal food pantry to get food for her.

Donnie made a career in the military service where he was honorably discharged. Donnie is survived by his sons, Donnie Molock Jr and wife Rhonda Molock, Terrence Molock and Derek Molock and wife Marisa Molock. Donnie also had two adopted children Jerry and Heather Molock.

Donnie also had two special friends, his sister in law Barbara Taylor of Cambridge, MD. The both of them could be seen riding around town getting their shopping done. Melissa Freeman of Cambridge, MD was also very close to Donnie whom she called him her “Road Dog”.

Some of Donnie’s famous says are: “There’s no greater love than to be loved by somebody” and you’re my “Shining Star”. Donnie leaves to cherish his memory a host of nieces, nephews, cousins and friends.

To order memorial trees or send flowers to the family in memory of Donnie Molock, Sr., please visit our flower store.