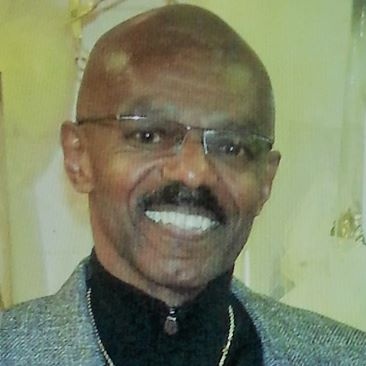 
On Sunday evening December 8, 2019, Donald Howard Watkins 71, was ushered through Heaven’s gate.  He was the second born of four children to the late Robert O. and Mildred M. Watkins Sr. Donald was raised to respect all, particularly his elders . He started his educational journey in the Dorchester County public school system.  Don was a spirited student in and out of the classroom. His rambunctious nature forced family members to rotate shifts monitoring the school facility to make sure he stayed throughout the day. This, of course, was a precursor to the man he would become; bold, energetic, carefree and relentless.

The extent to which he pursued life undoubtedly was part of the foundation which helped form his value system. This solid structure supported him through times of trouble and moments of triumph. He met Debra Bryan during those early school years, not aware that she would become the love of his life; as they say, two souls into one.

Don attended Mace’s Lane High School in 1961 after being promoted to the 7th grade. He graduated in the class of 1966.  High school is a unique time for many folk, Don was no different, much of his focus and interest centered directly on sports. He was an outstanding athlete, who loved to compete against anybody and everybody. He loved playing basketball, pool, cards and music, but tennis was his game.

Donald attended Morgan State University in the fall of 1966 where he graduated with an undergraduate degree in business education. While in high school, sports and hanging out were his focus, but at Morgan his interest turned 180 degrees. He became a very good and dedicated student, but he did find time to visit, Debra at Bowie State College just about every weekend he had free, which seemed to be every weekend. Most knew the outcome to those visits; she became his wife.

What is notable to mention is that Don worked extremely hard, and he played as hard as he worked. He had several summertime jobs while in college: these included Connelly Containers, Chun King Seafood, Dorchester County Parks and Recreation, and a few local agricultural processing plants.

His first job out of college was with Honeywell in Glen Burnie Maryland. He accepted a transfer with Honeywell to Massachusetts when the facility moved there. He was there for more than 20 years. Upon his return to Maryland, he received an appointment with the United States Post Office, Montgomery County Department of Transportation and later the Montgomery County government as an Ambassador of goodwill for the agency.

He acquired a deep respect and reverence for music. During his high school and college years. He played baritone in one of the most heralded high school bands of that era., the Mace’s Lane High School Concert Band. Our band, he would say, took a backseat to nobody. He grew to appreciate and had an unapologetic affinity for Gospel, Classical and especially R&B bands such as: Earth, Wind and Fire and Chicago.

Donald and his wife were together for over fifty years, starting in high school, as sweethearts, and marrying at age twenty-four. He internalized his faith, for his love of God and family more than anything. Donald began his spiritual growth at Waugh Chapel United Methodist Church in his town of birth, Cambridge, MD. Later he worshipped at The Greater Framingham Community Church in Framingham, MA, and until his passing, he joined and received spiritual guidance at The People’s Community Baptist Church in Silver Spring, Maryland.

Affectionately known as “Hicks”, during his time in Massachusetts he and his wife were parents of four children whom they loved and adored. He was the best husband, father and friend, one could ever know; always treating people with kindness and respect. While in MA, Donald met a few friends who became special. Their quality time together was so special, they decided to form a bowling league they called: The Fun Time Bowling League. They met weekly to bowl and have fun, while their kids ran around the bowling alley playing. As an extension of the league they formed an annual talent show.

Performing was one of his most cherished activities. The performing group called themselves: “The Funtimetations” because they always performed to The Temptations. One of his most memorable performances was with his wife to Lisa Stansfield’s “Been Around the World,” with a costume lavished in red, the color of the dazzling silk shirt and topped off with a straw chapeau. If you have not seen the two of them stepping out hand dance style, then you missed a moment in time that clearly said there is love there. To know Don was to love Don, he always had a smile on his face and was the life of the party.

The final journey of his life brought he and his family back to his roots in Maryland where it all began 71 years ago, full circle. He and his wife wanted to be closer to family and relatives.

All who knew Don would say he was loving, kind, giving, fearless, daring, bold, directed, focused, driven, relentless and respectful; no better human on earth.

In addition to his parents and wife, he was preceded in death by a sister, Paulette Watkins Nelson and a brother in-law, Bishop Clarence Cornish.

To order memorial trees or send flowers to the family in memory of Donald Watkins, please visit our flower store.