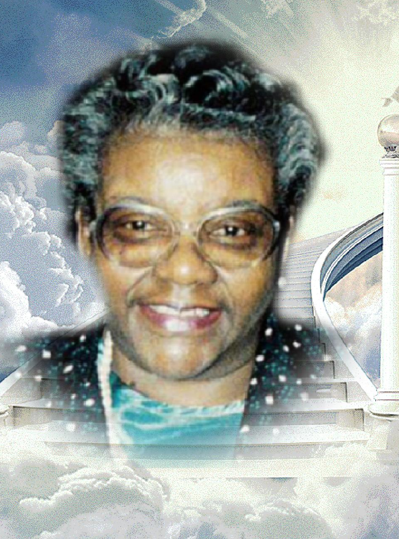 Dolly Victoria Adams Rhodes, eighty-six, of Hurlock, MD peacefully departed this life on February 12, 2022 at the University of Maryland Shore Medical Center in Easton, MD. Born on September 4,1935 she was the daughter and eldest child of Emory and Jessie Strawberry Adams. She began her education in the public schools of Dorchester County and being an enthusiastic reader, encouraged her children to read and do their best work.

In 1960 Dolly was united in marriage to Daniel N. Rhodes of Cambridge, MD. They were married for sixty two years. Together they raised their children to work hard and become productive members of society. Being together as a family was extremely meaningful and on many weekends they took their children to visit their grandmother Viola Rhodes in Cambridge and their grandparents Emory and Jessie Adams who lived near Thompsontown.

Accepting the teachings of Christ was not a difficult decision to make. Early on at Thompson Chapel in Thompsontown, MD, under the ministry of Rev. Townsend, that decision was made. Teaching Sunday school, singing in the choir, and helping wherever needed strengthened that faith. After Thompson Chapel closed, she became a member of Faith Community United Methodist Church in East New Market, MD. Her love of God was evidenced by her relationship with her church family. She was a faithful member and attended regularly until her health declined.

Dolly grew up on a farm and was used to hard work. When she became an adult, she found employment in Long Island, New York, but city life did not suit her quiet personality. She returned home to work in the local poultry and canning factories. However, working in the sewing factory, where she forged many strong friendships was most rewarding. Her last place of employment was at Warwick Manor Behavioral Health in East New Market, MD from where she retired after more than twenty-six years.

Many different activities gave her pleasure. The love of reading was the hallmark of her day, so it was no accident that magazines, newspapers, The Reader’s Digest, and most importantly the bible were always in the home. Watching her favorite news programs like 60 Minutes, Deborah Norville, Joy Reid and the local news, kept her current with world events. Dr. Oz, Dr. Phil, and Family Fued were enjoyed T.V. shows. Most days you would find her talking on the phone with family or her many friends.

Family time was monumental. Holiday dinners, cookouts, bar-b-ques, fish fries, birthdays, new additions to family, and graduations were warm events. She loved outings with her mom and sisters Dorothy and Mary and the children. They all piled into the car and off they went. Lolita wanted Dorothy to buy a station wagon for everyone to ride together. Her adventurous spirit motivated her to travel to new places. These places included: Williamsburg, VA with the sisters and her daughters; a visit to her brother, Charles, in South Carolina with
Valentina at the wheel; James Madison University in Harrisonburg VA to enjoy a flute performance by her granddaughter, Ashley.

Vacations were special. Visiting her daughter Alicia, in Baltimore, was a time she loved. Excursions to Lexington Market, eating in restaurants, sitting on the porch, observing the hustle and bustle of street activity, and talking to neighbors was a way to relax. Always smiling and friendly, she would remind the neighbors to watch out for Alicia and make sure that she was alright.

Her children were a great inspiration to her. They made sure that she had the things that were needed. Clara was the oldest and her confidante; Gene was amusing with his funny antics; Alicia said that she was the favorite; Dwayne always had a gift to make her happy; and Karen, the baby girl, was her “sho-nuff serious “road dog”. When you saw one, you saw the other. “Where is your shadow?” was often asked. Later on Karen became her “rock,” and lovingly accepted the responsibility of her care. She was dedicated and focused on all aspects of her comfort and well being. They all in their own unique way were special.

She was preceded in death by her parents: Emory and Jessie Adams; one brother: Charles Adams; two sisters: Dorothy Adams, and Mary Adams.

To order memorial trees or send flowers to the family in memory of Dolly Rhodes, please visit our flower store.