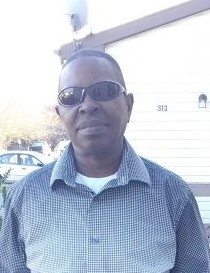 Dolly Lou Foster, known affectionately as “Scooby”, of Hurlock,
Maryland passed on December 20, 2020 at her home.
Dolly was born on February 20, 1955 to Miami C. and James
Foster. Dolly was educated in the Talbot County School system
and graduated from Easton High School in 1973. After high
school, Dolly graduated from Airline school as a flight attendant
and she moved to Rhode Island. Dolly later acquired her
Commercial Driver’s License from Chesapeake College and Pre-
Apprentice Electrical training from Anne Arundel Community
College in 2008. Dolly loved driving trucks and carpentry work
especially electrical and was always ready to lend a hand when
she was able.
Dolly loved art, painting, doing puzzles and cooking for her
family, friends, and neighbors. Dolly attended Unity-
Washington United Methodist Church in Hurlock, MD.
Dolly was preceded in death by her parents, Miami and James
Foster, her loving grandmother, Doraphine Chase and her
brother, Robert J. Foster.
Dolly is survived by siblings, Norma (Melvin) Pinkney, John
(Althea) Foster, Michael Foster, and Mary (Garnett) Deshields.
A close friend and “big brother”, Stacy Turner and another
close friend and neighbor, Norris Bennett. Dolly did not have
any biological children; she loved all of her nieces, nephews,
great nieces and great nephews as her own. She could be heard
bragging on all of their accomplishments. She is also survived
by her three godchildren, Morris Bailey Jr., Dimeta Corsey, and
Richard (RJ) T. Peterson. Dolly is also survived by one uncle,
Nick Blake, and many cousins whom will miss her weekly phone
calls and a host of friends.
To order memorial trees or send flowers to the family in memory of Dolly Foster, please visit our flower store.