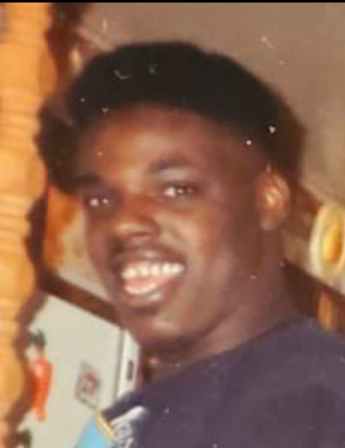 So unexpected, yet very unfortunate. He passed away suddenly from a tragedy while performing one of his many jobs / daily duties.

There wasn't a job on this Earth that Derrick couldn't handle.

To know him personally you'd know not only did he love his dear family. He also loved the Lord. Throughout his life, and many lifestyles Derrick kept up with the holy words of the Bible. Early on in life excepting Christ as his Saviour.

Born one of five children (Derrick being the fourth child) to The late Milton Lee Harmon Sr. And late Gustina (Shields) Harmon who was born on March 19th 1968 in Accomack County Virginia. Only to have grown up there for a short period of  his youth as his parents were blessed with a great opportunity to advance and providing a more secure and better lifestyle for their family. From there the Harmon family relocated to Talbot county's Saint Michael's Maryland.
At a very young age Derrick was taught many skillful trades such as the Landscaping and  up keeping of properties and his all-time favorite "cooking". Not to mention the knowledge of hard work and the ethics to follow.
Educated by the Talbot County Public School Systems  he then later decided to perfect one of his gifts/crafts cooking.
There was no dish that he couldn't prepare to perfection.

As life moves on his skills became highly noticed and he had the honor of working alongside one of the top chefs around Chef Mark Salter learning how to prepare exquisite dishes/ gourmet meals. And from there working at various high-end restaurants throughout Maryland's Eastern Shore, and States of  Georgia, Florida, and Missouri.

Twelve years of Derrick's life was also devoted to his then loving wife Ms. Philisha Turner as they eloped in the early nineties. With that also having the opportunity of playing a major role in the lives of her dear children James Favors, Quesierra Greene, & Mia Foster  as a loving stepfather.
As he continued his occupation  cooking for his wonderful  Boss Little Buddy Harrison Jr. He picked up yet another job on Capt. Bud's boat as his Mate. Mr. Harrison was very thoughtful of Derrick as well as  a good confidont up until his last days.
In addition to his parents he was preceded in death by grandparents Lucinda, and Clarence Shields; Rosa Ayers, & Leroy Harmon  A beloved sister Donna Harmon and a great nephew Keith Dawson Jr.

Derrick's smile, sense of humor, laugh, and many jokes will be sadly  missed .

To order memorial trees or send flowers to the family in memory of Derrick Harmon, please visit our flower store.