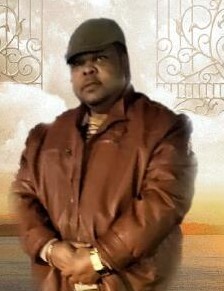 Derrick Morgan Brooks Sr, age 50 passed away peacefully in his sleep at his
home on Wednesday June 30, 2021 in Cambridge MD. He was born January 11,
1971 in Cambridge, Md. to Ganes Brooks Sr and the late Myrtle Tilghman Brooks.


Derrick received his formal education at Dorchester County Maryland school
system, where he graduated as a proud member of the Cambridge South
Dorchester High School class of 1989. He played Trumphet and the French Horn
in the CSDHS Marching Band, Stage Band, Jazz Band, and a dedicated member of
the CSDHS Chorus and the Gospel Choir.


Derrick received his early religious training along with his family at Mount Olive
Baptist Church Cambridge MD which is now under the leadership of Pastor
Anthony Dickerson. He was baptized by the late Rev. John W. English. He served
on the Usher Board, the “Junior Gospelettes”, and the “Shinning Lights”. He later
became a member of the “Mighty Unlimited Gospel Singers”. They travels all over
the country blessing many with their powerful ministry of song. Derrick loved
GOD and eagerly pursued him by earning his degree in Ministry.


Derrick was a known businessman. He founded and led many business
endeavors. He received a BS degree in Business. When he earned his Certified
Drivers License (CDL), he started Brooks Transportation, and successfully operated
his business until his health failed.


Derrick loved wearing his fine suits and dress shoes. On any given day, you would
catch him sporting his favorite fragrances, Hugo Boss and Curve. Derrick enjoyed
outdoor sports as a boastful fisherman, studying the Bible, praying and spending
time with family. He cherished his grandchildren. He loved to sing. His favorite
song was “Walk Around Heaven All Day”.

He was preceded in death by his mother Deaconess Myrtle Tilghman Brooks,
maternal grandparents Oscar Tilghman and Beulah Dobson.

To order memorial trees or send flowers to the family in memory of Derrick Brooks, Sr., please visit our flower store.