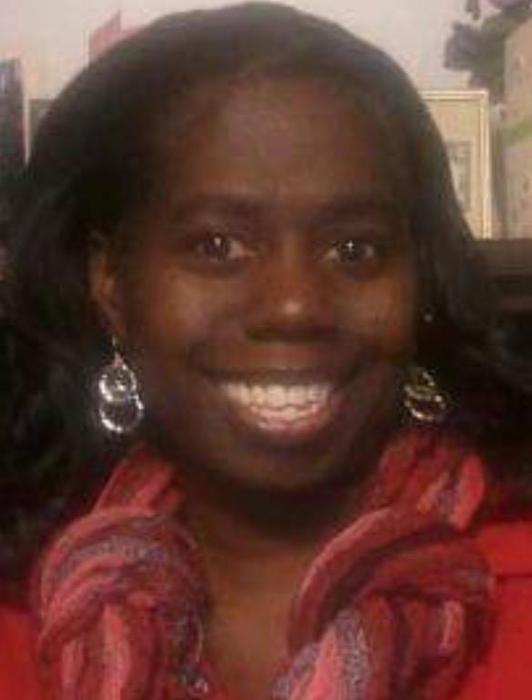 Deondra Lachele Jones, Woman of Strong Faith and Values, was the only daughter of Marlene Jones-Griffin born on July 25, 1970. Deondra, better known as Dee, Big Dee, Stinky, DDvine, and “The Boss”, was the best, daughter, sister, granddaughter, Super Mom, Godmother, niece, cousin, co-worker, and friend.  She was also known to be a world traveler.

She was a graduate of Queen Anne’s County High School, Class of 1988. After becoming a young mom, to her son Devrine, she continued to excel academically as an honor roll student, a member of the band (clarinet player), active member of the Future Business Leaders of America and the volley ball team.  She was so focused and motivated to be the best she could be while pursuing her education, she earned the required credits to graduate by the end of her eleventh grade year. Then she attended Goldey-Beacom College earning an Associate of Science Degree in Business    Administration in 1990. After graduation from college, Dee was blessed with a daughter, Denae.  Deondra was always a caring, loving and          supportive parent.  Deondra is also known as “Super Mom.” There is no  category for how she supported her children, adults and the community,  she did that from the bottom of her heart with great passion and compassion. Her desire to continue to give back to the community  encouraged her to open her home and became a foster parent to Katie Lynne Crist. Katie was not a foster child to Deondra nor to her family. The same values and spiritual beliefs were the base line of mentoring and  raising Katie the same as she was doing and continued to do with Devrine and Denae. In addition, she  considered Alan Gould (AJ) and Mike as her sons.

Like many of the Jones’ and Brown’s clan, her first job was shucking clams and working at the Kent Island Yacht Club. After receiving her   Associates Degree she pursued her business career in hospitality (Hilton Gardens & Holiday Inn Express), retail sales (Harvey Bernard),            management (Bugle Boy) and the fast food industry (McDonalds).  Deondra took pride in working with  excellence.  She was a quick learner, responsible and  diligent,  garnering her many awards, such as employee of the month and  promotions. Deondra was gainfully employed for sixteen years with the Maryland Department of Motor Vehicle in Glen Burnie, MD as a Division Manager. She received the Governor’s Citation on December 1, 2016 for her outstanding service to the citizens of  Maryland.

Deondra gained her teachings on living “Godly” at Robinson’s A.M.E via the Sunday School, Love Centre Choir and many other faith based   organizations in the community. She continued learning and strengthening her Christian base with Faith Unity Fellowship in 1988. As an active   member of Faith Unity Fellowship, she was  recognized as Woman of the Year for 2005. She held the position of Financial Secretary (accounting was her desired career path). Actively involved with the building fund campaign, women’s ministry, book store, praise dance and the designing of the Faith Unity Fellowship logo.  Deondra was also an affiliated member of Robinson AME Church.

Deondra appreciated and respected the senior wisdom of the community and did her best to follow the examples of strong women such as her mother (Marlene), and grandmother (Coretta). These women were her greatest inspirations, but yet she had the same  respect and learned from all of her aunts, cousins and friends of the family.  Deondra managed to win so many hearts of the family and community, it seemed she was adopted as a daughter, sister, niece, cousin and or friend to many she came  in contact with.

Deondra’s love for family is how she earned the title “The Boss”. She was the coordinator for many family events. One most memorable was held at Camp Pecometh. She created what the family knows as Dee’s Book!, a   compilation of birthday’s, addresses, anniversaries, accomplishments and more of the blessings from the union of Arthur and Coretta Jones. Another event that Deondra coordinated was family trips continuing the legacy of her beloved pop pop (Arthur Jones) to his birthplace in Painter, Virginia.

After being an active member for many years at the Grasonville Community Center, Deondra became the president in 2014 – 2017 until she was unable to continue to serve because of her health. Her personal  undertaking became community awareness which included colon health and screening.  She established the Soaring Eagle Foundation to help assist    families with their financial difficulties with health care cost. A fundraising event, planned by Deondra, is scheduled for March 18, 2017.  In March 2015, Colon Cancer Awareness Month, she received a proclamation from  the County Commissioners for Colon Cancer Awareness. Deondra was also  a member of the Wellness Coalition, Citizens Against Smoking Tobacco (CAST) which allowed her an opportunity to provide activities and events  for the foundation.

Deondra did not let the grass grown under her feet.  She traveled internationally and nationally to: Niagra Falls, Canada, Athens, Greece, Japan, Florida, Arizona, Chicago, Hawaii, California, New York, St. Thomas, St. Martin, Massanutten, VA and frequent visits to Virginia Beach.  Charnessa traveled with her as often as she could.

Deondra was truly a special person in the life of her family and community.  Even during her illness she was strong, determined, devoted  and focused on the goals set before her to make a positive difference in the lives of others.

To order memorial trees or send flowers to the family in memory of Deondra Jones, please visit our flower store.