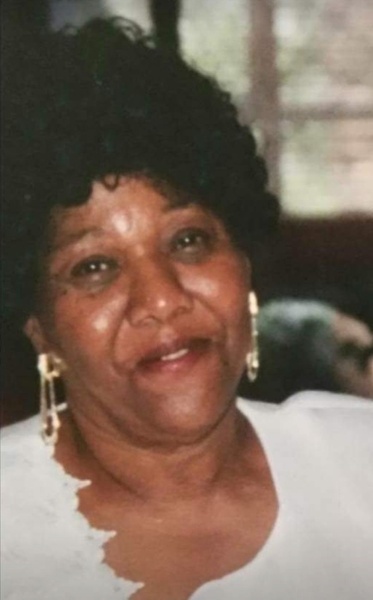 Delema W. Hill was the second of five children born to the late Thomas and Marion Collins. She was born on August 10, 1928 in Cambridge, MD. She fell peacefully asleep in the arms of Jesus on May 4, 2021 at John Hopkins Hospital, with her loving family at her side.

Delema was educated in the Dorchester County Public School System. She accepted Christ at an early age, attending Zion Baptist Church and became later became an honorary member of New Revelation Baptist Church under the leadership of Rev. William A. Hitchens, Sr. She also frequented John Wesley U.M.C. while in Baltimore.

On December 23, 1956, she was joined in Holy Matrimony to the Love of her Life, the late Theodore William Hill. From this union, her loving devoted  daughter Felecia Carter, affectionately known as “Fleecy” and her loving baby boy, Dale Hill  were born, both whom she loved with her whole heart.

Delema or “Dee” as she was affectionally known to some, worked in a hair salon and a lunch room in Cambridge, prior transferring to the Baltimore County Public School System, where she wore many hats, such as working in the classroom, the cafeteria, the office and even doing custodial work, until retirement. Upon retirement,  she gained employment at Chesapeake Restaurant, where she worked until her “grandbabies” were born and began to care for them, simply because she wanted no one else to care for them! Boy, did she spoil them...she also spoiled her nieces and nephews as her own.

Mom had a wonderful life full of amazing family, siblings and friends, whom she loved to spoil and entertain. She loved traveling, spoiling everyone's babies, singing and shopping, especially for shoes. When family gathered, which was every other weekend in Baltimore or Cambridge, it was always a good time, with singing for the Lord, good food, talking about her childhood days, and of course, the kids and how she wanted to build a legacy and foundation for us to build upon.

As Delema’s health began to fail, her devoted daughter vowed to care for her, both day and night, in sickness and in health, until death did them part. Her nephew Don, also played an integral part in her care, moving in with them to assist. As her needs grew beyond the care they could give, the family sought  one of the best private care facilities in Baltimore, Keswick Multi-Care Center, and made it her new home. She was loved by the entire staff! Her infectious smile would lift anyone's spirit, even though she was often smiling through pain.

Click to download / open
To order memorial trees or send flowers to the family in memory of Delema Hill, please visit our flower store.