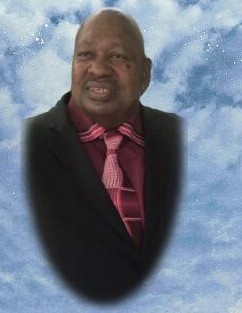 Delbert “Eugene” Benson, Sr., son of the late Grace Macklin and youngest son of the late Emmanuel Benson, was born on February 13, 1946 in Milford, Delaware. In his early years, Delbert was raised by the loving hands of his aunt Angeline Benson,  before moving to Cambridge, MD with his father. He peacefully transitioned from his earthly home to his heavenly home on September 13, 2021 at home with family.

Delbert served in the U.S. Army Reserves, serving in Korea. Delbert worked at the Dorchester County Detention Center for 23 years, National Can for over 20-years.   He was a long time friend and employee of the late Granville Tubman for over 35 years.

As the last living son of Emmanuel Benson, Delbert became the “patriarch” of the family and the depth of love for him is indescribable as a father, grandfather, brother, uncle and cousin. A family gathering at church or family reunions and picnics were not complete without him. It wasn’t hard for him to step into his inherited role as patriarch because he loved us and we loved him! He was always “right there” and always willing to help in any way he could. It was    never a surprise to see him and Delores visit you at home,  the hospital, attend family weddings and church or wherever they were led to travel that for the sake of family. Eugene was a mild mannered, humble, caring and proud man who had great taste in style and loved to shop. He also loved drag racing, westerns and the Dallas Cowboys.

To order memorial trees or send flowers to the family in memory of Delbert Benson, Sr., please visit our flower store.