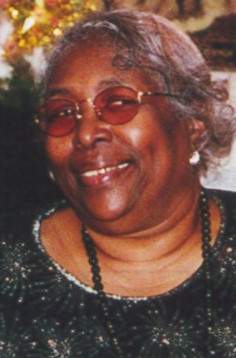 DeCota Mae Camper George was born on March 10, 1938, from the union of the late Florence and Sylvester Camper, Sr of  Cambridge, Maryland. As a key figure in the Camper family, DeCota, affectionately known as “Coty”, “Coty Mae” and “Momma Cota”, was a loving wife, daughter, mother, sister, aunt, cousin, and friend to so many.  DeCota embarked on a new journey leaving us many thoughtful and loving memories on Tuesday, August 15, 2018. At the time of her passing, DeCota briefly stayed at the Genesis Chesapeake Nursing Home  facility in  Cambridge, Maryland.

DeCota  attended Dorchester County Public Schools and graduated from Maces Lane High School in 1956.  Growing up as a resident of the South Pine Street  community, DeCota was known to quickly defend her siblings and any other resident of South Pine Street. Her love for her family and friends was infinite. As one of six siblings, they enjoyed playing marbles, hopscotch, and other outdoor activities, most of all spending time with one another. As a young child she attended St. Luke  United Methodist Church in Cambridge, MD, where she learned to value the love of God.

From a previous marriage, her only child, Bernadette  Bailey was born and preceded her in death in 2001. They  enjoyed their time together and especially enjoyed  watching the Soap Operas and sharing their Sunday dinners.

DeCota’s first job was with Campbell’s factory and she soon gained employment with RJ Reynolds for 32 years. She was a dedicated and reliable worker and she  treasured her relationships with her extended work family. She worked at RJ Reynolds from October 31, 1962, until she retired in 1994.

On August 12, 1983, DeCota married Oscar Lee George. From this union, DeCota gained two sons and one daughter and an extended family filled with love. God’s grace  provided DeCota and George another  opportunity to share their life together and we are thankful for a celebration of 35 years prior to her transition.

DeCota’s Christian journey was renewed at  Zion Baptist Church and she late moved her membership to New Revelations Baptist Church where she served as a Deaconess. She was an active member until her health prevented her from attending however, her faith  remained strong. She loved listening to the various Gospel television and radio stations while praising the Lord.  When asked how she was feeling she would say, “I’m holding on”. DeCota enjoyed watching television before losing her sight, she enjoyed football and     baseball cheering on the Ravens and the Orioles,     talking on the telephone with her family and friends and most of all eating. After a good meal “Coty” was known for saying she was “tight as a tick in a dog pound”. “Momma Cota” was a gentle giant with a kind and loving heart. She was also a lifetime member of Progressive of Dorchester Temple #224 of Cambridge, Maryland.

DeCota was preceded in death by her daughter, Brenda Regina Bailey; and her eldest sister, Mable C. Bailey and parents, Florence and Sylvester Camper Sr.

To order memorial trees or send flowers to the family in memory of Decota George, please visit our flower store.