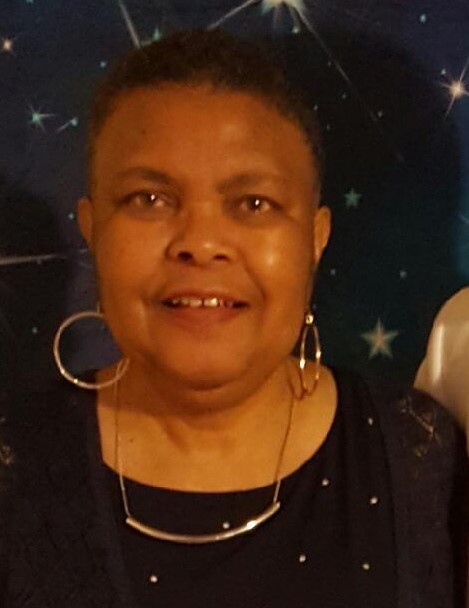 On Tuesday, July 10, 2018, Debra Francine Watkins was ushered into Heaven’s gate.  She was the fourth born of eight children to the late Jeanette and William Bryan on April 6, 1947.

Debra was educated in the Maryland school system. Attending Cordtown School a.k.a. The Big C, until the fifth grade, St. Clair for sixth grade, where she would meet her future husband, then graduating from Mace’s Lane High School in 1965. She shared such a special bond with her 1965 classmates that it greatly influenced her decision to pursue a college education. She attended Bowie State University where she graduated with a Bachelor’s Degree in education.

Debra’s first job out of high school was as an elementary school teacher in Severn, MD. She worked at Century Insurance and Data General in suburban Massachusetts and later was employed for over twenty years at Park Street Children’s Center, where she eventually retired.

As a young child, Debra loved to read, instead of getting dirty outside like her brothers and sisters. When she became a teenager, she was great at both volleyball and basketball, playing on her school’s teams. Debra and her husband were together for over fifty years, meeting at age eleven, becoming high school sweethearts, and marrying at age twenty-four.  Debra loved God and her family more than anything. She never missed a Cordtown Day family reunion, where she could catch up and cut up with her brothers, sisters and cousins. She attended Union Chapel
AME Church in her hometown of Cambridge, The Greater Framingham Community Church in Framingham, MA and The People’s Community Baptist Church in Maryland, where she remained a member until her passing.

Debra moved to Massachusetts in her late twenties with her husband and later her four children. She was the best wife, mother and person, one could ever meet, always treating people with kindness and love. While in MA, Debra met some of her best friends there. They were so close, they created the Funtime Bowling league. They came together weekly, bowling and having fun, while their kids ran around the bowling alley playing. From this league they formed an annual talent show, in which Debbie loved to perform with her husband.  One of their most memorable performances was to Lisa Stansfield’s “All Around the World,” in red silk shirts and straw hats. There’s not a person who has met Debbie that didn’t love her.

In 1990 Debbie and her husband moved their family back to Maryland, closer to relatives. She continued her love of working with children at the Park Street Children’s Center. There she focused on the early development of infants and toddlers. Debbie loved working here because not only did she get to mold the mind of other children, she was able to teach and care for two of her eight grandchildren, whom she adored. Debbie retired from Park Street and started a business called Surge 365. She devoted many fulfilling hours to her business. She felt that this business would help people, and for Debbie that was one of her ultimate goals. She always found a way to help people in need even if she wasn’t in the best position to help.

To order memorial trees or send flowers to the family in memory of Debra Watkins, please visit our flower store.