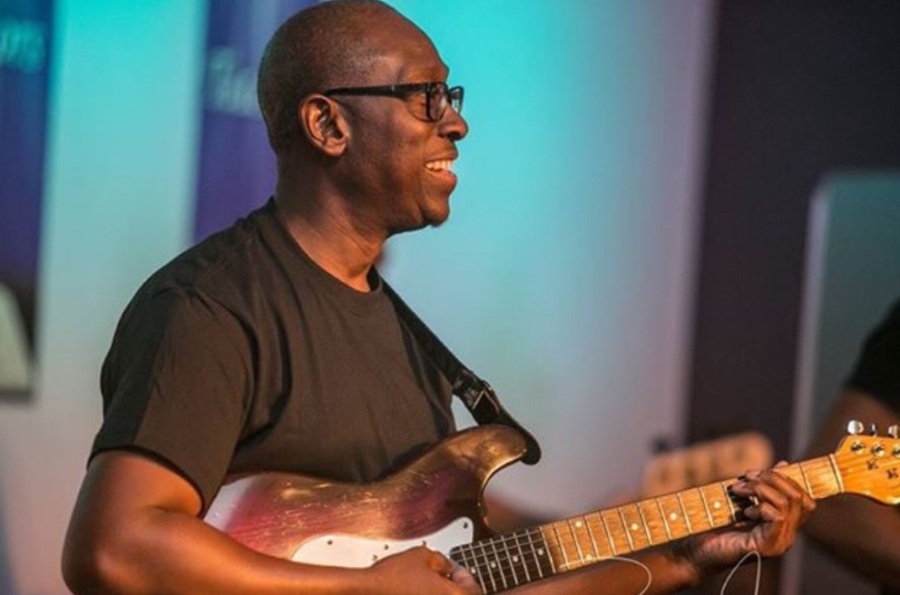 Deacon Everett Leroy Young Sr., 57 departed this life on January 14, 2018 at Peninsula Regional Medical Center in Salisbury. He lived a blessed and humble life. He was affectionately known as “Shorty Buck” growing up. He was a dedicated, popular, and loving person.

Everett was born to Elizabeth Ann Young and the late Leroy Francis Elliott in Cambridge on March 4, 1960. He was the older of two children. As a young boy, he began to play the drums and the guitar. Everett graduated from Cambridge South Dorchester High School in 1979.

Everett accepted Christ as his Savior at the young age of 14. When he first decided to walk with Jesus, he was under the leadership of Rev. Jones at Union Chapel AME Church in Cordtown. Throughout his journey, Everett has been a member at Zion Baptist Church and New Revelation Baptist Church. His final destination was Greater Chief Cornerstone Temple Church Apostolic under the leadership of Bishop Keith Cornish. Everett was an Ordained Deacon. During his younger years, he worked his first job at the Housing Authority of Cambridge. Everett worked at RJ Reynolds, Delmonte’, Chun King, Nabisco, & Kraft Foods in Cambridge until they closed permanently. Lastly, he spent 18 years working for Dorchester County until he departed this life. Everett was also a member of the Sons of the American Legion Post #87, Cambridge.

Everett had a love for music that was dear to his heart. His love for Quartet Gospel Music started at home as a young boy. At 15 years old, he joined The Sensational Royal Lights of Cambridge with his father Leroy. Later, he founded the Gospel Deliverers of Cambridge. Everett loved traveling along the Mid-Atlantic region singing for the Lord. He not only sang Quartet Gospel, but he was the “baddest” lead guitar player on the Delmarva Peninsula. He also enjoyed playing the guitar with his son’s group Everett Young & Endeavor. Some of his favorite and most requested songs were: “Don’t Wait for the Hearse,” “What You Gonna Do When The World’s on Fire,” “Jesus He Loves Me” and “Little Wooden Church On A Hill.”

Everett is survived by his mother Elizabeth Ann Young of Cambridge; his stepmother Linda Elliott; two sons: Everett Young Jr. of Cambridge, and Deondre Demby of Cambridge; one sister Carla Young and one brother Paul (Veronica) Jones of Cambridge; 2 aunts: Delema Hill of Baltimore and Rev. Marvella Travis of Cambridge; 3 uncles: Don Juan Collins Sr and Frederick Elliott (Constance) of Cambridge, and Palestine Elliott (Mary) of Odenton; 5 nieces: Meisha Woolford, Shaneita Cornish, and Denee Sampson of Cambridge, Nicole Jones and Alkema Jones of Easton; six nephews: Kenny Harris Jr, Michael Batson Jr, A’Corie Young, DeOnte Sampson and Joshua Fisher of Cambridge, and Paul Jones Jr of Easton, a cousin who was more like sister Felicia (George) Carter of Baltimore,and a host of cousins, other relatives and friends, a dear friend Carol Dennis of Annapolis, and a daughter-in-law to be, Tyneika Brown of East New Market, and a host of cousins, other relatives and friends.

In addition to his father, Leroy Elliott, he is preceded in death by several aunts and uncles.

To order memorial trees or send flowers to the family in memory of Deacon Everett Young, Sr, please visit our flower store.