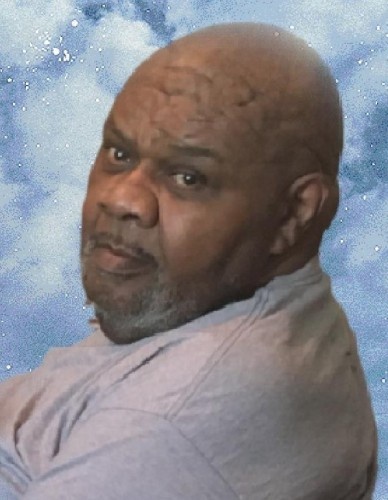 David Lawrence Stevens (aka Larry, Brother, Uncle, Big Steve and Steve) 71, of Salisbury, MD, transitioned into eternal rest on Friday, April 2, 2021 at his home in Salisbury. He was not alone, as his sister was there with him.  His transition was quick and like him, without drama.

David was born in Cambridge, MD to the late David Stevens and Laura Geneva Harmon Stevens on February 20, 1950. He attended Mace’s Lane High School and graduated in 1968, as salutatorian of the class. Upon graduation, David attended Morgan State College for a few years.  During this time, he pledged Omega Psi Phi, where he made many enduring friendships.  After his studies at Morgan ended, David worked in various jobs, including the MD State Unemployment Office as a clerk, a furniture refinisher and finally, he returned home to care for his parents, which he did until both their demises. This last job was a labor of love and he never regretted the decision to return home to care for them.

David attended Bethel A.M.E. Sunday school and church as a youth.  As he became an adult, he kept his faith and loved the Lord, but never found a church to call home.  He attended Wesley Temple occasionally during his time in Salisbury.

David valued family highest among all his possessions. These were the people who got to enjoy his sense of humor and loving character daily. David was a loyal friend who valued friendships dearly.  He was always willing to help a friend if he could. His friends knew they could count on him.

David’s interests were his family, cooking and reading science fiction.  His family enjoyed his cooking until a stroke prevented him from cooking for them. To satisfy his joy of cooking, he attempted to teach his sister, Jean, to cook.  The two of them enjoyed the lessons and the laughter.  He was a patient teacher.

His family was his joy.  He loved spending time with them, no matter the age or gender. His sense of humor was always present.  He loved to laugh and make others laugh.

David is also survived by his best friend, Tina Lyte-Davis, Cambridge, MD, with whom he has shared a friendship for many, many years. Their friendship began when they were in elementary school and has survived through the years.

Two young ladies who had a close relationship with David and he considered his nieces are Gwendola Hutley and Wennett Jones-Johnson (Markeith) survive his passing also.

Preceding David in death were his grandmother, Baa, his parents David and Laura Stevens, his sisters, Sara Ann Wilson and Cynthia Sampson, his brothers Villard and Worthington Stevens and his niece, Crickette Renee Sampson.

David’s wings were ready for him, but our hearts were not.

To order memorial trees or send flowers to the family in memory of David Stevens, please visit our flower store.