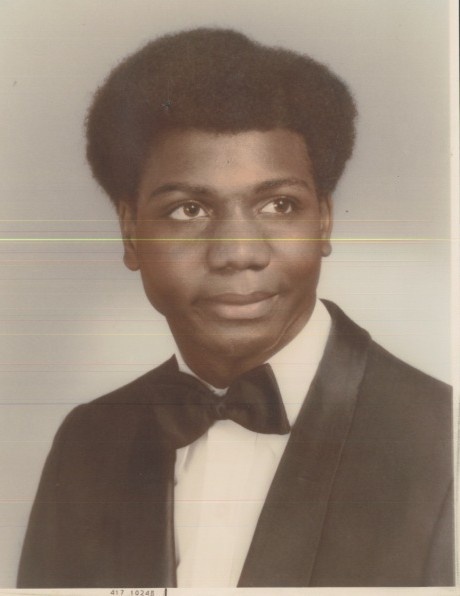 David Lee Brown passed with peace and grace at Doctor’s Community Hospital on February 14, 2020 in Lanham, MD. He was 64 years old.

David was born on April 1, 1955 in Grasonville, MD to his parents, the late George and Geneva Brown, where he was the youngest of 10 children. He attended Queen Anne’s County Public Schools, graduating with the Class of 1973. After graduation, David moved to Washington, D.C. to pursue a certification in Computer Programming and Analysis. He later moved to Oxon Hill, MD, where he met Mireille, whom he married on January 26, 1986. Soon after, David and Mireille established their family home in Fort Washington, MD.

After surviving two strokes, David retired from Incentive Technology Group, where his unwavering work ethic was truly valued. He moved to Doctor’s Community Rehabilitation Center in 2017. There, his big personality was impossible to go unnoticed. He remained strong-willed and optimistic as he demonstrated to his family and friends a newfound sense of patience and compassion. His family and friends fondly remember many deep conversations during their visits with David.

David will be remembered for his great sense of fashion, and an even greater love of fast cars – his “little red corvette” was his favorite passion project. There wasn’t a Cowboys game he missed – don’t even think about wearing red and gold around him. He reveled in the serenity of the great outdoors, as he enjoyed lounging with the sun on his face and nothing but the oldies floating through the speakers. Though he wasn’t a comedian, no one could tell David otherwise – he loved to tell jokes and was always laughing at the jokes told by others.
His spirit will be carried on by his daughters Dawn, Maya, Barbara, and his son Jordan Brown. He taught them that nothing is ever really broken; where there’s a will, there’s a way – you can fix it if you try.

David was preceded in death by his elder siblings: George (a.k.a. Bobby), Barbara (a.k.a. The Boss), Doris (a.k.a Dumpy) and Clarence

He is survived by his wife, Mireille; siblings, Oliver (a.k.a. Jackie), Mary (a.k.a. Mickie), James (a.k.a. Jimmy), Charles (a.k.a. Charlie Buck), and Vivian (a.k.a. Bibby); his God-son Wayne Young, special cousin James “Happy Johnny” Fisher, and numerous nieces, nephews, cousins, in laws, friends, and loved ones.

To order memorial trees or send flowers to the family in memory of David Brown, please visit our flower store.