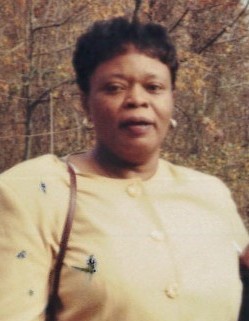 Darlene Cornish, 60, after a long period of illness was called home to be with her Savior on Friday,  February 14, 2020. Darlene was born March 20, 1959 at Easton Memorial Hospital in Easton, Maryland  to Ethel Roberta Cornish and the late James Olin Green (Greenball).

She was educated in the Talbot County public school system. At an early age she moved to Dorchester Co unty, where she resided until her death. She was employed at Black and Decker in Talbot County until it closed. She also worked at the Hyatt and Cambridge Scientific until her health failed.

Darlene immediately became a part of the Cambridge community. She was a member of the Dorchester Progressive Temple #224, Chesapeake Strollers and the Mary Jane Girls Social Club. She volunteered at many community events and fundraisers , such as back to school giveaways, church fundraisers and clothing drives. Darlene’s favorite food was fried chicken wings and her favorite team was the Washington Redskins. Her favorite past time was attending family functions and riding her bicycle. Darlene enjoyed cooking and her favorite dish was roast beef. Darlene was a person that could never say no; she was always ready, willing and able to lend a helping hand.

To order memorial trees or send flowers to the family in memory of Darlene Cornish, please visit our flower store.