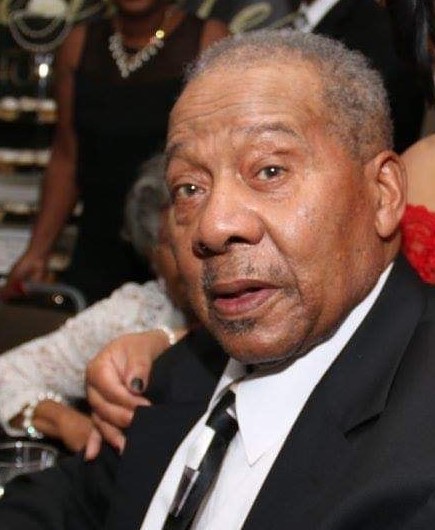 Dallas Lincoln Murray 93 of Wittman, Maryland, “Captain Dal”, died on Monday, August 5, 2019 at Easton Memorial Hospital. He was born on February 12, 1926 in McDaniel, Maryland and was the only child of late Amanda Murray and Ernest Adams.

Except for a stint in the military, Dallas spent his entire life in the Bay Hundred area. He attended school in McDaniel, and served in the United States Navy.  He was honorably discharged in February of 1945.

Everybody knew Dallas, he had a zest for life. Most importantly, he lived his life on his own terms, teaching his children and everyone he knew the value of hard work and the joy of self sufficiency.  During his life time he belonged to several organizations including, American Legion, Blake Blackston Post #77, Family and Friends of Asbury & Greene Chappel, Inc., and Prince Hall Grand Lodge.  Inc.  He loved music of all kinds and had a wonderful voice.  In his youth he sang with the Wandering Five, a gospel group.  He was reared in John Wesley Methodist Church that ultimately merged with two other churches in the Bay Hundred becoming New St. Johns United Methodist Church. Dallas was the choir director for those churches for forty years.  He also was a member of the United Methodist Men and Chairman of the Administrative Board.

He often said that he was most at peace out on the water. He loved nature, hunting, fishing, boating and was a handyman extraordinaire.  He could do anything from carpentry and plumbing to gardening and painting. You name it and he could do it or find out how it was done.

His twins, Delores and Perry Murray preceded him in death.

To order memorial trees or send flowers to the family in memory of Dallas Murray, please visit our flower store.