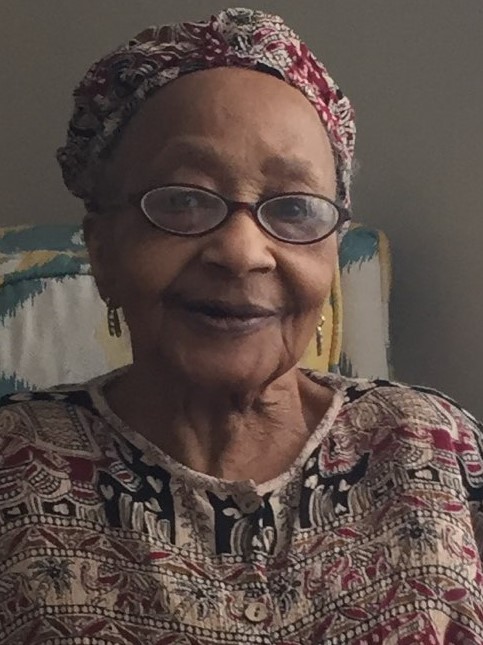 On Thursday, April 25, 2019, angels rejoiced and welcomed Daisy to her heavenly home. Daisy departed this life at King David Nursing and Rehabilitation Center in Pikesville, Maryland. She was surrounded by those she loved and those who loved her. Daisy’s earthly journey began on September 12, 1926, in Hurlock, Maryland, to the late Roy and Daisy Cephas. She received her early education in the Dorchester County public school system. Daisy graduated from Frederick Douglass St. Clair High School, class of 1944. She moved with her family in her early years to East New Market, Maryland. Daisy became a member of East New Market United Methodist church. She was an active member of the choir. For many years Daisy was employed by Bogash Sewing Factory. She was also employed at Western Printing and Publishing Company and Eastern Shore State Hospital. Daisy was an excellent seamstress. She made most of her clothing and also for some of her family. Daisy was born into a family of twelve children. She was like a mother to her younger siblings, especially to her baby sister Charlotte Ann. In 1959, Daisy was joined in Holy matrimony to John Adams. Unto this union, a daughter, Joy, was born. Daisy was a devoted wife and mother. She was very close to her family. Her sisters were her best friends. While residing in Cambridge, Daisy attended Bethel A.M.E. Church. Daisy and her family resided on Airey’s Road, which she called home for many, many years. For the past several years, Daisy had been living with her youngest daughter, Joy, in Pikesville, Maryland. Daisy loved being in the company of her family and friends. When visiting her within the week that she passed, Daisy would smile and whisper, “I love you.” Preceding her in death are her husband, John Adams; her parents, Roy and Daisy Cephas; five brothers, Lewis, Roland, Nathaniel, Leroy and Ralph Cephas and three sisters, Dorothy Purnell, Marie Brummell and Lucille Askins. Forever cherishing her fondest memories are two daughters, Barbara Pinder, Hurlock, Md., and Joy Adams, Pikesville,Md., two sisters, Mary McCray, Cambridge, Md., and Charlotte Cornish (Richard) Hampton, Va., three grandchildren, Bhronda Pinder, Arlington, Va., Brandon Pinder (Allyson) White Plains, Md., and Camille Jones, Pikesville, Md., one great granddaughter, Rachel Barnes, Arlington, Va., and one Godson, Gavin Cornish (Sandra) Cambridge, Md., nine nephews, six nieces and many other relatives and friends. Daisy will be greatly missed for she was deeply loved. She will never be forgotten. She always has and always will be a part of our lives. Things will never be the same. We thank God for the 92 years that He has given her to share with us.

To order memorial trees or send flowers to the family in memory of Daisy Adams, please visit our flower store.