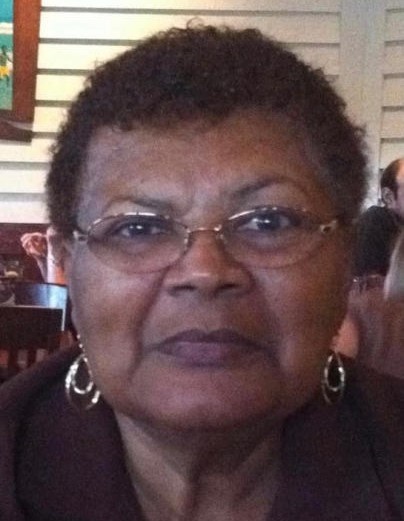 Cynthia was born in Cambridge, MD to the late David and Laura Geneva Harmon Stevens on September 17, 1945.  She attended Dorchester County Public Schools, having graduated from Maces Lane High School with the Class of 1963.  Upon graduation, Cynthia went on to study Early Education at Bowie State College, where she attended from 1963 to 1966.  Upon completion of her college studies, Cynthia took several classes through the Maryland State Department of Education (MSDE) and Salisbury University (SU) to maintain highly qualified status.

Cynthia returned to her hometown following her studies, and took a job at Airpax Corporation, where she worked for a few years before entering into her career as an Educator with the Dorchester County Board of Education in 1974, having shared 38 dedicated years of service to several youth throughout Northern and Southern Dorchester County, retiring in 2012.  She worked at various schools throughout the county, including St. Clair Elementary School, North Dorchester Middle School, Maple Elementary School and Sandy Hill Elementary.

Cynthia also worked at the Dorchester County Y.M.C.A. as a member of the Front Desk Support Staff from 2005 to 2014, where her friendly smile greeted members as they entered and exited the facility until her health began to fail.

Cynthia was introduced to the church by her parents at a very young age and gave her life to Christ as a young adult.  She grew up in Bethel A.M.E. Church, Cambridge, following her mother’s footsteps, being very active in Sunday morning worship services and assisting with the Bethel Boy Scout Troop.

Cynthia later joined Waugh United Methodist Church, Cambridge, now known as Waugh Chapel United Methodist Church, with her husband, and immediately became actively involved in various organizations and committees within the church, including the United Methodist Women Committee, the Higher Education Committee, the Sunday School and Vacation Bible School Committees, the Summer Program Committee and the Church Bus Ministry.  She attended services faithfully and could be heard every Sunday morning, reading the church announcements in her strong, bold voice, until her health began to fail, after which time she remained a faithful and dedicated member until the time of her passing.

When she was able, Cynthia returned to Bethel A.M.E. Church, along with her sister, S. Jean, every year to attend and participate in the Annual Homecoming Services, where she could be heard reading the notices or the scripture or delivering the welcome.

Cynthia loved music of all kinds, but she especially enjoyed the gospel hymns and songs that were sung by the various choirs that graced Waugh Chapel United Methodist Church each Sunday and she especially took great joy in watching her husband, ‘Bobby’, as she affectionally called him, sing with The Men’s Choir.

Cynthia was known for her sweet, caring spirit and her huge heart of gold.  She made a lasting impact on the lives of all of the children who had the privilege of learning under her teaching and guidance.  Even still, you can always find one of her previous students taking a fond trip down memory lane as they talk about how ‘Mrs. Sampson’ touched their lives.  Her church family often speaks very highly of her as they reflect on her ‘always willing to help’ attitude, especially when it involved the youth or the elderly members of the church.

Cynthia loved her family and she enjoyed spending time with them.  She especially loved her grandchildren and took great pride in their many accomplishments.  She especially loved talking to her grandson, Darryl, who is currently serving in the U.S. Air Force.  Her face would light up with joy every time he called to tell her about his travel to other countries and all of his outstanding military accomplishments.  She also enjoyed hearing her grandson, Ronald, drive past her house and blow the air horn on his truck, as this caused her to fondly reminisce on her husband’s life as a truck driver.

As we celebrate the life and legacy of Cynthia, we do not see her passing as a loss, we see it as Heaven’s gain, and for that, we are extremely grateful.  For 75 years, God shared her with us and when He saw her growing weary and tired, He sent for her, adorned her head with a crown and gave her a mansion where she will rest in eternal peace.

On February 5, 1966, Cynthia married her high school sweetheart, Robert Monroe Sampson, who preceded her in death on August 5, 1995.  From their 29-year blissful union, they brought five beautiful children into the world, Michelle S. Lewis (Willie), Timothy D. Sampson and Robin M. Sample, all of Cambridge, MD, Crickette R. Sampson, who preceded her in death on December 11, 2001, and the baby of the family, Lauren B. Sampson, also of Cambridge, MD.  Cynthia was blessed to have her children care for her in her home until her health care needs required more intensive around the clock medical attention.

Cynthia is also survived by three bonus daughters, Lolette Camper and Yasmaine Sharp both of Cambridge, MD, and Lavon Wilson Latting of Georgia.  And a bonus son, Ivy Ennels, III. of Baltimore, MD, all of whom spent a great deal of time in the Sampson household during their formative years, being loved and nurtured by Cynthia and Robert.

In addition to her husband, Robert, and her daughter, Crickette, Cynthia was also preceded in death by her parents, David and Laura Geneva Harmon Stevens, her maternal grandmother, Sadie Eugene Harmon, whom she affectionally spoke of often, referring to her as ‘Bah Bah’ and her stepson, Robert Monroe Nuton.

In addition to her children, grandchildren, and great-grandchildren, Cynthia leaves to cherish her memory, her brother and sisters, Gloria Cephas of Cambridge, MD, David L. ‘Larry’ Stevens, whom she affectionally referred to as ‘Brother’, and S. Jean Pryor (Charles), also of Salisbury, MD.  Her remaining brothers and sister, Villard Stevens, Sarah Ann Wilson and Worthington Stevens, all preceded her in death.

Cynthia is also survived by her Mother-in-Law, Clara E. Sampson of Cambridge and she was preceded in death by her Father-in-Law, Robert H. Sampson and her sister-in-law, Constance Sampson.  To Robert and Clara, Cynthia was more than a Daughter-In-Law, they loved her as if she were their own, and she was always welcomed in their home, even after their son, Robert Monroe, passed away.

Cynthia is also survived by a host of nieces, nephews, great-nieces, great-nephews and cousins.  Cynthia’s aunts, uncles and paternal grandparents preceded her in death.

Two of Cynthia’s nieces, with whom she had a very close and special bond, Luvenia Tinch and Donzelle Bowens Mitchell (Wallace), both of Cambridge, MD, referred to their ‘Aunt Cynthia’ as an ‘Angel’.  Luvenia’s husband, Alvin Tinch, who preceded Cynthia in death, was also very close to her and enjoyed spending time with her at family gatherings.

Cynthia also leaves to cherish her memory, her best friends, Marian McBeth of Richmond, VA, Gloria Faye Bell of Maryland and Joan Maddox of New York, all with whom she became friends during grade school and maintained those friendships throughout adulthood.

Lastly, but certainly not least, Cynthia is survived by a very special friend, Ms. Shirley Jackson, with whom she became very close when she joined Waugh Church.  Throughout the duration of Cynthia’s illness, Ms. Shirley visited her regularly, often times bringing her gifts and sharing a prayer and a word of encouragement with her.  Those gifts, prayers and words of encouragement did not stop in the midst of the pandemic, as they continued by way of Ms. Shirley having left them on Cynthia’s porch with her prayers and words of encouragement being written on a little note attached to her gifts.

To order memorial trees or send flowers to the family in memory of Cynthia Stevens Sampson, please visit our flower store.