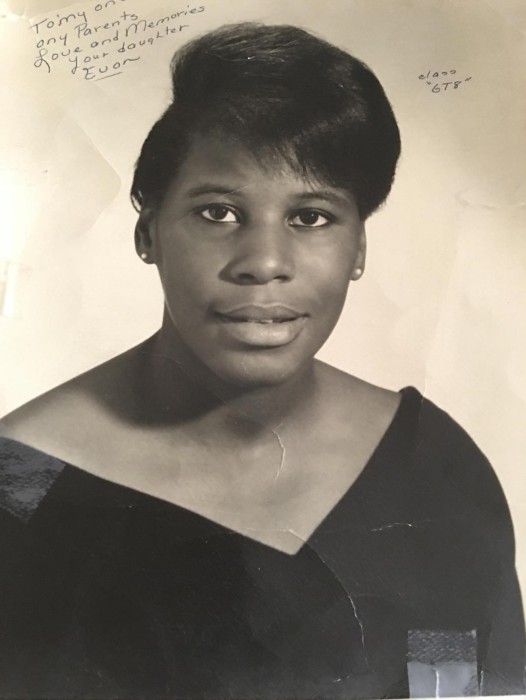 Cora Rosser, known as Evon passed away peacefully on August 8, 2016 at Charlotte Hall Veterans Home. She was born January 14, 1949 in Talbot County to the late Charles A. Deshields and Bernitta Deshields. She was educated in the Talbot County public schools.

Upon graduation, she served in the United States Air Force from 1971-1975 receiving an honorable discharge. She was a photographer for the military.

Her hobbies were modeling, singing, dancing and playing cards.

In addition to her parents, she was preceded in death by one sister, Ann Keene, one aunt, Vivian Bailey, three uncles, Carroll, James, and William Handy and one nephew, Irvonte Jones

To order memorial trees or send flowers to the family in memory of Cora Rosser, please visit our flower store.