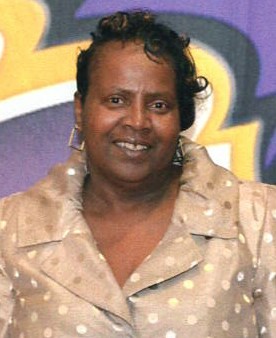 Constance Patricia Johnson devoted mother and grandmother departed this life on Saturday, February 17, 2018 at Chesapeake Woods in Cambridge, Maryland. She was the daughter of the late Mary Luetta Wilson and William Norwood Wilson. Constance was married to the late Wilbert Henry Johnson Sr. and from this union they had one son Jermaine Johnson (Rodesha) of Lawrenceville, GA; three Grandchildren Jahaven Johnson (Cambridge) Janiya Young and Dontaye Young (Lawrenceville). Constance worked numerous jobs in Dorchester, Caroline and Talbot Counties including Rob Roy, Yale Sportswear and in the Dorchester County School System. She enjoyed spending time with friends and family. Pasty was full of life as everyone knows. She loved to be with her family and friends and loved to play cards and socialize. Pasty’s niece, Keturah would often take her riding to different places that she enjoyed. Cooking was also one of specialties, Thanksgiving and Christmas dinners she loved to help prepare. Many family members will remember the many funny faces she made when someone said something off the cuff.  Finally, she loved to dance. Pasty will be truly missed.

To order memorial trees or send flowers to the family in memory of Constance Johnson, please visit our flower store.