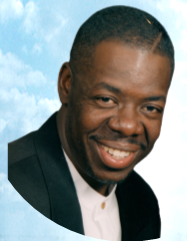 Clarence Edward Wilson Jr. departed this life on Friday, December 10, 2021 at the University of MD Shore Regional Health in Easton, MD. Clarence was born on July 9, 1955 at the Memorial Hospital, Easton, MD. He was the eldest child of the late Clarence and Laura Wilson Sr.

Clarence was educated in the Talbot County Public School System. He was employed at Tidewater Inn until he and his cousin, Vernon Wilson decided to tour the world. He settled in Florida, becoming a Drug Counselor.

Clarence accepted Christ and started a new chapter in life. On June 18, 1995, he was ordained as a Deacon under the leadership of Pastor Eric Jones Sr. at Koinonia Worship Center in Hollywood, Florida. Clarence started his own business in lawn services, “Am I My Brother’s Keeper.”

In 1998, Clarence returned to Easton, MD where he began working together with Shelton Scott in the transportation business. Later, Clarence and his cousin Vernon started Bay Country Taxi where he diligently worked until his health slowed him down. Clarence was a person that loved helping any and everyone no matter how big or small it was.

On hi return to Easton, MD, he joined “In His Image Christian Ministries” of Clinton, MD under the leadership of Bishop Melvin Blake Jr.

To order memorial trees or send flowers to the family in memory of Clarence Wilson, Jr., please visit our flower store.