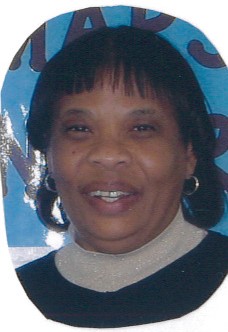 Chiquita Mae Warner, 64 quietly departed this life on Friday, April 6, 2018 at Talbot Hospice House in Easton, Maryland. She was born May 24, 1953 in Easton, daughter of the late David “Steve” and Elizabeth “Eva” White.

Chiquita was affectionately known as “Quitte” by family and friends because as growing up she was quiet and would stay to herself. She was educated in Talbot County.  Chiquita was married to the late “ Auslee” William Warner Jr. for 23 years until he departed July 16, 1996. She was employed as a Certified Nursing Assistant and Medicine Technician at Bayleigh Chase for 15 years until her health began to fail , and as a caregiver at the House In The Pines for a number of years . Chiquita “Quitte” loved working outside planting flowers, and landscaping. She loved arts and craft projects.  Chiquita enjoyed doing puzzles, watching her favorite television shows and listening to her "oldies but goodies" music.

During the years of her life she lived them well.  She never complained.  She was a strong independent woman that was lovable, filled with fun and laughter.  Her family and friends were her heart.  Quitte had a unique way that sparkled many; now leaves precious memories with them to carry in their hearts.

Her memory shall be cherished by her two daughters Wilisha Warner of Easton and Monica Warner of Federalsburg; a son Steven Warner of Trappe; 2 grandchildren: Deiontre and Danijah Carter; one great grandchild Ja’Coby Blackwell; one sister Anna Skinner of Cambridge; a special niece Desiree Skinner of Cambridge; two sisters in-law: Joan Banks (William) and Beverly Warner both of Trappe; one brother in-law Charles E. Warner, and a host of nieces, nephews, aunts, uncles, cousins, other relatives and friends.

In addition to her parents and husband, she was preceded in death by a sister Catherine “Feedee” Thompson, a nephew Donte’ Skinner, and an uncle Roy Skinner.

To order memorial trees or send flowers to the family in memory of Chiquita Warner, please visit our flower store.