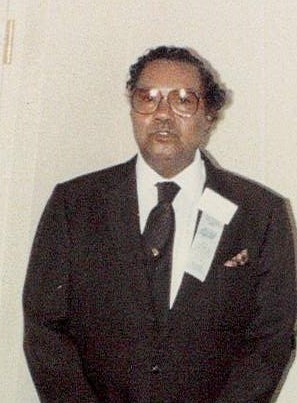 Charlie Nicholson was born September 23, 1925 to the late Baster and Elizabeth Nicholson in North Carolina. Charlie went home to be with the Lord on Saturday, January 2, 2021, at Mallard Bay Nursing Home in Cambridge, Maryland.

Charlie received his education in Richmond County, North Carolina. He was married to the late Mable Nicholson for 69 years. Charlie served in the United States Navy from 1944-1946.  After returning home he became a truck driver for Jack Burton, hauling lumber.  He left the lumber business and became a line processing worker for Coldwater Seafood, where he retired.

Charlie was a member of the National Church of God under the leadership of Pastor Leo Molock. He became Head Deacon in 1984.  He was a faithful member until his health began to fail. Charlie was loving and kind to his family and his church family.  He loved to help everyone.

Beside his parents and wife, he was preceded in death by one son,  a sister and brother, 6 nephews, 2 nieces, and special friend Frank Collins.

Charlie leaves to cherish his memory, 3 nieces: Brenda Chambers, and Karen Faye of Ellerbe, NC and Mary Spencer of Rockingham, NC; 4 nephews: Archie, Leroy, Wendell, and Danny Robinson all of Ellerbe, NC; one sister-in-law, Mildred Dorsey of NJ; one special niece-in-law, Linda Dorsey of PA; 3 god daughters: Marseeda Reed, Gaile Woolford, and Shirley Simmons and a host of cousins other relatives, and friends.  He is also survived by special friends and caretakers,  Patsy Collins and Leon Askins.

To order memorial trees or send flowers to the family in memory of Charlie Nicholson, please visit our flower store.