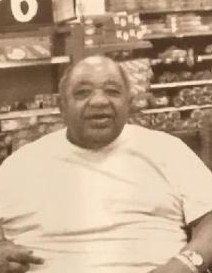 Charles Henry Scott, Jr. affectionately known as, “Scotty” was born
on November 28, 1941 to the late Charles Henry Scott,
Sr. and the late Blanche Conyer. In spite of having a very trying entry
into this world, he maintained a cheerful, bright, spirit characterized by
an award winning smile.


“Scotty “ was educated in the public schools of Queen Anne's County
Maryland. He graduated from Kennard High School in June of 1960.
He attended Charles Wesley United Methodist Church in Centreville,
Maryland. One of his favorite hymns was “Blessed Assurance!”

He was employed as a custodian for the Queen Anne's County Public
School System for some time. After that He worked in construction.
Before retirement, he was employed at the ACME markets in the
Seafood Department.

Charles and Nancy Jane Hull of Wicomico County Maryland , were
married on June 27, 1965. To this union one daughter was born,
Melody Rachel Scott. Her birth was a source of joy to her parents, but
more so for her grandfather, Charles Henry Scott, Sr. A daughter
Blanche Scott, who was conceived in another relationship,
predeceased Charles.

To order memorial trees or send flowers to the family in memory of Charles Scott, Jr., please visit our flower store.