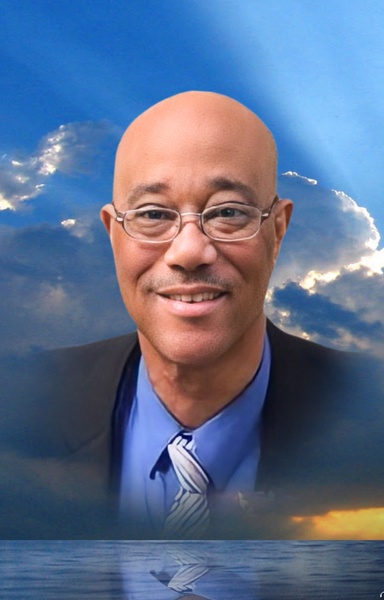 Charles Lewis Elston, Jr., was born on February 16, 1963 in Washington, D.C. He was the youngest of three children born to loving parents: Charles Lewis Elston, Sr., and Cecile Ruth Pearson Elston. His parents preceded him in death in 2015. Charles was affectionately known as "Pumpkin." He was a happy, loving, joyful, curious, deter­mined man whose company his family enjoyed.

Charles accepted Jesus Christ as his Lord and Savior at a young age in the Bap­tist/United Methodist faiths.He attended the D.C. Public Schools; graduating from Theodore Roosevelt High School. There he met the love of his life, Rose Marie Kittrell. They marched together in the High School Drum and Bugle Corp. Charles continued his education at Lincoln Tech, where he studied the Heating and Air Condi­tioning trade. This provided the foundation for a rewarding career as a Building Engi­neer. Charles was a hard worker, working multiple overnight shifts at the George Washington University Hospital and Washington Hospital Center until disability retirement in 2020.

Charles married Rose Kittrell and their 25- year fruitful union produced two beautiful daughters; Amanda Elston Kidd and Ashley Elston Cornish. They instilled the fear of God in the family. They were also fruitful in the family business of insurance, mort­gages, real estate, and financial advice. Rose Kittrell Elston preceded Charles in death in 2012.  In addition to being a Building Engineer, entrepreneur, and a great loving family man, Charles was a joyful and skillful fisherman. He enjoyed family fishing trips; a passion he developed from his father and mother.

Charles lived the majority of his life in Virginia, with periods in the District of Colum­bia and Maryland west of the Bay Bridge. Charles enjoyed his "extended stays" in the homes of his relatives. We are thankful to have helped him on his journey. In 2021, he relocated to Cambridge, Maryland to be closer to his two daughters and seven grand­children. Charles was proud to invest and promote the newest family business of his daughters, Four Eleven Kitchen, a community outreach effort to assist food preparers in the Cambridge area. His last days were indicative of his life and his love of family. He caught a big catch offish for the family and had a family fish fry. He proudly drove his grandchildren to and from summer camp, which was certainly a blessing.