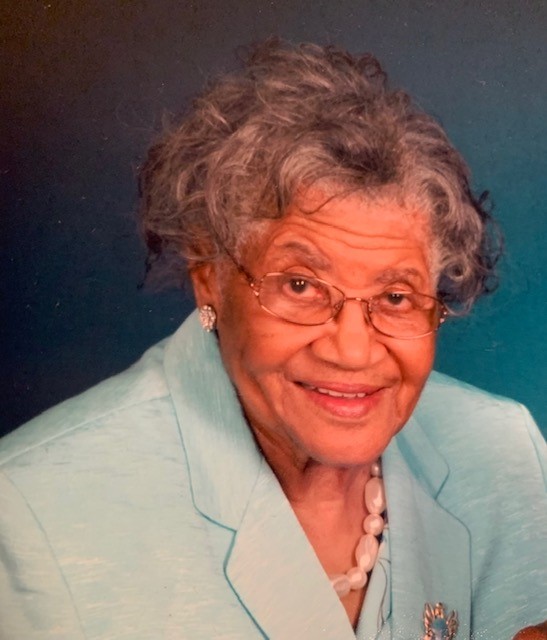 Celestine Mamie (Caldwell) Murray, affectionally known as “Pink,” in her formative years, completed her mission on earth and joined her heavenly father, her loving husband, many relatives, and friends in heaven on November 19, 2020.

Born in Wittman, Maryland, on March 2, 1923, Celestine Murray lived her entire life in the Bay Hundred area.  Her mother, Celestine Caldwell, died when she was very young, so she was blessed to have been raised by her grandparents, Perry and Sophie Caldwell.

Celestine graduated from St. Michaels Colored High School on June 14, 1940. She was the sole surviving member of that class.  She had many fond memories of her school days.  It was there that she discovered her love of reading, something she did just about every day, always eager to explore the bible, learn about other cultures, and be up to date on current events. After graduation, Celestine worked many different jobs reflective of what a young African American woman could do in the ’40s.

On March 4, 1950, she married Dallas Lincoln Murray, and together they raised five children, one granddaughter Rolanda Holland, one grandson, Dwaine Murray, and operated Dallas Murray and Sons.  Celestine was the bookkeeper/secretary for the business, and she made sure that every job was completed timely.  She was also in charge of the household, and somehow, she managed to have a job, help with the business, churn her own butter, grow vegetables, raise chickens and cook many delicious meals from her bounty.  Celestine was an active and committed parent, attending PTA meetings at three different schools every time they were held and never missing a school program or parent conference.  It was understood that everyone under her roof was expected to do well in school and appreciate the importance of education.

Celestine was raised in the Methodist Church and attended church most of her life every Sunday, at St. Johns Methodist Church, now New St. John’s United Methodist Church in Wittman, Maryland.  She had an incredible voice and added her melodious alto to the Senior Choir and Women’s choir at New St. John’s until she was ninety-five.  After leaving the choirs, her voice remained strong, and she could be heard from the pews every Sunday.  For many years she was a communion steward, usher, member of the administrative board, past chairperson, member of the outreach committee, a member of United Methodist Women, and the list goes on.  She was very active in the community visiting churches almost every Sunday afternoon for Usher’s Days, Homecomings, and other special occasions.  Celestine was a member of the NAACP, past Worthy Matron of the Golden Links No. 40, secretary for the Commission on Aging, and a member of the Homemakers Club.  Celestine received many awards and citations, but none provided her the joy she derived from her being with her family, friends, and relatives.  She loved life and lived it to the fullest.

To order memorial trees or send flowers to the family in memory of Celestine Murray, please visit our flower store.