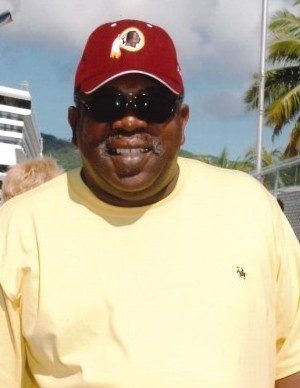 A TIME TO BE BORN:

Carroll Maurice Camper was born August 4, 1949, in Cambridge, MD, to the late Lillie and Allen Camper. He was the youngest son of thirteen children.

A TIME TO LOVE:

On October 2, 1999, he married his high school sweetheart, Gwendolyn Bryan Gillespie. They were married for twenty-one years. They had made a pact that when one of them turned 50, a wedding would take place, and so it did.

A TIME TO LIVE:

He was educated in the Dorchester County Schools and graduated with the Maces Lane Class of 1967. He was employed at Bumblebee Seafood Company. Carroll later became an employee at Eastern Shore Hospital Center, where he worked for thirty-seven years. Camp retired from Eastern Shore Hospital Center; however, he returned and worked for fifteen more years until his health began to fail. Carroll loved to hunt, fish, and cook for his family and friends. Cooking wild game was his specialty. Carroll, until his health started to decline, was a member of the Upland Hunting Club. Camp really enjoyed taking cruises to the Caribbean islands. Carroll was loved by everyone.

A TIME TO REST:

He departed this life Sunday, November 8, 2020, at the age of 71, at his home. Carroll was preceded in death by his parents, Lillie and Allen Camper, two sisters, Roselee Molock and Dorothy Singletary, and two brothers, Phillip Camper and Donald Camper.

To order memorial trees or send flowers to the family in memory of Carroll "Camp" Camper, please visit our flower store.