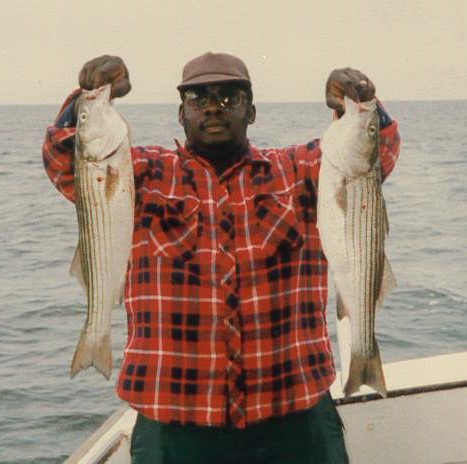 Carroll Thomas Williams 70 of Vienna, Maryland died Wednesday, March 17, 2021 at Tidal Health in Salisbury. He was born October 9, 1952 to the late Russell and Glendora Jackson Williams.

Carroll was raised in Vienna and received his education in the Dorchester County Public School System graduating from North Dorchester High School. His years of employment were spent at Campbell Soup in Salisbury, MD, The Lumber Yard in Linkwood, MD, Sea Watch in Easton, MD, and Chesapeake Publishing in Easton. He met the love of his life Cora Lee Norman from Cambridge. They were married and their love blossomed over the years. They grew together and shared every moment of their life together, becoming unseemly soul mates and best friends.

As a young man Carroll played basketball, football, and ran track where he was nicknamed “Robot” for his speed and ambition. His elder years, when he was not working to take care of his family, was spent fishing, which was his favorite hobby. He loved joking and often would dance to make his wife laugh. He loved all his children and even treated the children around Vienna like they were his own, always giving a moment to talk to each one of them.

Carroll was a hard worker and a great provider for his family. He leaves to cherish fond memories of his wife Cora Lee Williams; 2 daughters: Erica and Cora Lee Williams; his oldest and only son, Joseph Norman; grandchildren from youngest to the oldest: Hy’onna Norman, Hunterian Norman, Jo’mir Norman, Kevon Corbin, William Barett, and Joseph Norman Jr., and one great granddaughter, Deniyah Norman; one sister, Dorthea; and 2 brothers: John and Jerome.

In addition to his parents, Carroll was preceded in death by his sister Rosemary, and two brothers Calvin (twin brother) and Sherwood Williams.

To order memorial trees or send flowers to the family in memory of Carroll Williams, please visit our flower store.