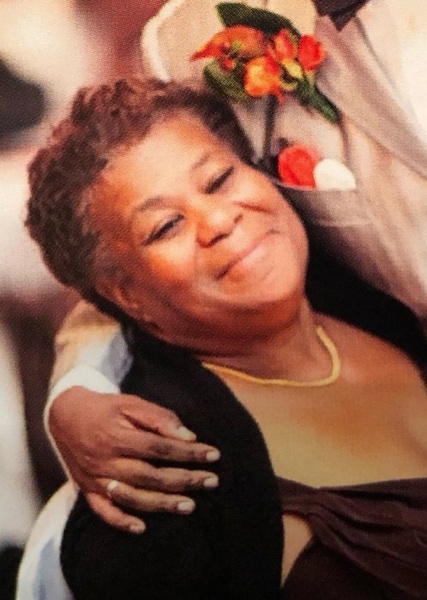 Carlean Leatrice “Bordley” Anderson died Friday August 2, 2019 at Hospice Compass in Centreville. She was born in Goldsborough, Maryland on Friday, September 1, 1950 to her late Charles Starks and Mattie Bordley.  Carlean was the youngest girl of 12 siblings.

Carlean was educated in the Caroline County Public School system. She didn’t have biological children but what a natural surrogate she was to so many.  Carlean loved people. She had a big heart and would give you her last.  Having said that, in the same moment she wouldn’t hesitate to share her best and worst thoughts of you to you.

She had a strong tenacious will and lived life on her own terms.  Her demeanor was upbeat even when the hard-difficult times were presented to her. A merry heart doeth good like a medicine as she loved to laugh and joke even if she was the brunt with it. Carlean was an avid card player.  She also played a huge role in keeping the doors open to many casinos. Serving and assisting those in need was her forte and she was able to use that gift during her employment at Home Instead Senior Care.

For a period of time, she was a member of Union Baptist Church where she sang on the choir.

Those left to cherish her memory are her siblings: Ida Gibson (Gerald), Pearl Kennedy (Perry), Vivian Fisher (Clarence), Judith Bordley, Arnold Bordley and Larry Bordley (Doretha); a longtime companion, Walter Lee Greene; a best friend, Barbara Blake; goddaughter, Tymeka Blake ;  a godson, Kylan Jacobs, and a host of cousins, nieces and nephews, other relatives and friends who she established her own relationship with.

To order memorial trees or send flowers to the family in memory of Carlean Anderson, please visit our flower store.