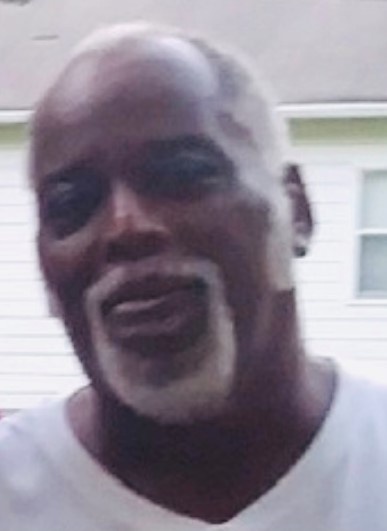 Calvin Molock, 66, of Cambridge, Maryland, passed away on Saturday, January 23, 2021 at The University of Maryland Medical Center in Baltimore, MD. Calvin, or “Punch” as he was affectionately called, was born in Cambridge on September 19, 1954 to Helen and Calvin Molock, Sr. Calvin attended Dorchester County Public Schools with the Class of 1972.

After leaving school, he began working at Coldwater Seafood until they closed in May 2007.  He was then employed by the University of Maryland Medical Center at Easton in December 2007 as an EVS Technician where he remained until his brief illness and death. Calvin loved his work and took great pride in the service he provided. He enjoyed pushing the floor machine, smiling, and talking stuff to his co-workers.  He enjoyed being in the company of his Uncle Bobby and spent countless hours just sitting and talking, and of course the two of them eating out!  Uncle Bobby said Calvin loved ribs almost as much as he loved his truck, but couldn’t put away the slab of ribs he ordered the last time they were together!

While Calvin was never married nor had any children, he loved young people, especially his great niece, Zion Molock and great nephew, Ka’Marii Stanley. While Calvin was quiet and a very private man, he was kind, loving, generous and protective. He would help wherever needed and would support special events at his sister’s church, True Gospel Tabernacle of Praise.

Calvin is survived by his sister, Pastor Mary E. Ennals; brothers: Tyrone Molock (Melissa); and Ronnie Molock; one brother-in-law, Curtis Nuton; nieces: LaKesha Beasley (Gary) and Cynthia Mitchell; one nephew, Tyrone Molock, Jr.; one great niece, Zion Molock; one great nephew, Ka’Marii Stanley; 2 uncles: Robert Green (Joyce) and Bishop James Green (Thelma), and a host of cousins, other relatives, and friends. He also leaves special friends: Sandra Wongus, her daughter, Cheryl, and her children who lovingly called Calvin, Cal-Cal. They brought many hours of joy to Calvin’s life as he did to theirs. Also, he leaves the EVS Team of co-workers were his extended family and made coming to work every day very special. We will miss his laughter and joyful spirit.

To order memorial trees or send flowers to the family in memory of Calvin Molock, Jr, please visit our flower store.