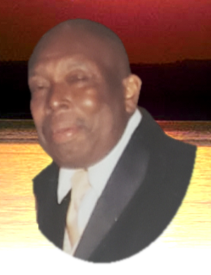 Calvin Leon Manokey Sr, 69, Affectionally known as “Cowboy” by everyone passed away on October 29, 2021, at Coastal Hospice House in Salisbury MD. He was born on May 26, 1952, in Cambridge, Maryland. Calvin was the oldest of six sons of the late Calvin and Valerie Manokey.

Calvin attended Dorchester County Public Schools and graduated from Cambridge High School with the class of 1970. After high school he worked various jobs before enlisting in the United States Army.

Cowboy loved everything about serving in the United States Army and being a soldier. From its structured environment to the ability to travel and meet people, and so many opportunities for advancement. He took advantage of everything the Army had to offer. His job was an aircraft mechanic. Some memorable duty stations included Fort Brag North Carolina, Fort Knox Kentucky, and Boston Massachusetts. He was deployed to several war zones including The Vietnam War, The Invasion of Panama, and The Gulf War just to name a few. During his time of service he received several awards including, but not limited to; The Army Achievement Medal, The Meritorious Service Medal, The Air Medal, Army Commendation Medal, Professional Development Medal, Platoon Sergeant, Parachutist Badge (AIRBORNE), The Recruiting Service Ribbon and so many more. For 21 years he served with honor and retired as a Sergeant First Class. Unfortunately, he suffered from some invisible wounds however, he remained a soldier through and through, “Highly Motivated.” He took pride in how he wore his uniform and was one of the best recruiters around. Every now and then you would hear him say, “Airborne.” He loved jumping out of helicopters and was highly trained in repairing them.

After retiring in 1992, he worked at Western Publishing as security, Crown Crock and Seal and the Board of Education as a grounds keeper.

Calvin enjoyed spending time entertaining his family and friends. He loved to listen to 98.9 radio station, picking nuts from the tree and picking his grandkids up from summer camp. His doors were always open to all (family and friends) in need. Dunns Court was the place to be in his eyes and you could always walk in house except when he yelled that you better knock before you come in. Calvin loved to dance and sing with his hands directing the flow of the song. His favorite saying was “practice what you preach”. He enjoyed riding around town on his electric scooter chair. You could find him all over town sightseeing.  He also didn’t have a problem saying what was his mind. You better not mess with his daughter or son because you had a cussing out coming. They were his life.

To order memorial trees or send flowers to the family in memory of Calvin Manokey, Sr., please visit our flower store.